O, The Brave Music by Dorothy Evelyn Smith - 1943- British Library Women Writers Edition published 2020 - with a Preface by Lucy Evans and an Afterword by Simon Thomas

O, The Brave Music by Dorothy Evelyn Smith - 1943- British Library Women Writers Edition published 2020 - with a Preface by Lucy Evans and an Afterword by Simon Thomas

Part of a curated collection of forgotten works by early to mid-century women writers, the British Library Women Writers series highlights the best middlebrow fiction from the 1910s to the 1960s, offering escapism, popular appeal and plenty of period detail to amuse, surprise and inform.-  From The British Library

There are currently 15 works in the British Library Women Writers Series.  I am hoping to read through them. Most are fairly brief  and all include author bios and expert commentaries.  The Kindle Editions are under $4.00.

O, The Brave Music opening about 1910 in a small town not too far from London. It is narrated by Ruan, looking back to thirty years ago starting when she was seven.  She lives with her father, a Non-Conformist Minister and her mother.  The mother is a great beauty, now in a love-less marriage.

When illness causes Ruan to move out to a friends place up in the Yorkshire Moors, she falls in love with the place . There are some beautiful descriptions of the place by an author who obviously knows and loves the area herself. It was really lovely reading about her visits to the almost wild life up on the moors with her friend David, a young lad a bit older than herself.

We follow Ruan and her familiy’s life through about 12 years, ending prior to World War One.  Her mother leaves her father for another man.  Her father goes to Africa to be a missionary, leaving Ruan and her older sister in the care of the estate owner she stayed at earlier. Ruan comes to love Reading, riding in the moors, and David, whose passion is to become a doctor.

O, The Brave Music perfectly develops a broad spectrum of characters.  There is much more in this wonderful work than i have mentioned.

My goal is to read all 15 of The British Library books by July One of next Year. 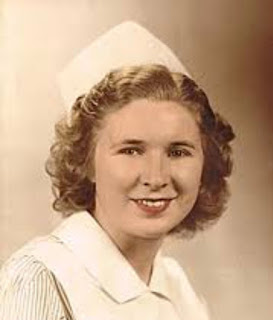 “Dorothy Evelyn Smith (née Jones) was born in 1893 in the Peak District of Derbyshire.

Her father was a minister in the United Free Methodist Church, the family eventually moving to London. However, Dorothy set many of her novels in Yorkshire, which she knew well.

By 1911 Dorothy was a part-time student at an art school, and in 1914, she married James Smith, the son of another non-conformist minister.

During World War I, Dorothy began to write poetry and short stories, some of which were published. The Smiths had moved to Essex by 1920 where a daughter and later a son were born. The couple remained in the county, and after James’s death, Dorothy moved to a bungalow at Leigh-on-Sea to be near her son and his family.

In the early years of the Second World War, Dorothy Evelyn Smith began writing her first novel, O, the Brave Music (1943), the first of eleven novels ultimately published, the last in 1966.

Dorothy Evelyn Smith died at the age of 76, in 1969” https://www.deanstreetpress.co.uk/pages/author_page/75