Ruffy's Guide to the Manly Mediterranean:   Any Port in a Storm by Ruffington Boussweau  (1931, 312 pages) 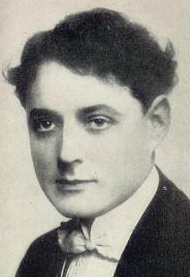 Ruffy's Guide to the Manly Mediterranean:   Any Port in a Storm is considered a classic of travel writing both for its lyrical prose style and its fearless reporting as well as its many wonderful tips.   Many traveler writers can tell you about the museums, restaurants, historical places of the port cities of the Mediterranean, only Ruffington Boussweau (1881 to 1974-UK) has the courage to tell the manly man what he  really wants to know.   E.  M. Forster said the chapter on Alexandria taught him more than he learned in a year of living there. (By oddest coincidence, Forster and Boussweau traveled on the same cruise line once never met in real life).  Paul Bowles advised his friends not to come to Tangiers without reading what Ruffy said  first.   Hart Crane met Ruffy in a Parisian Apache bar and  said "Ruffy knows all the best places and gave me some great tips on having fun on a cruise ship".  Ruffy helped with the expenses involved with the publication of The Bridge, though he admits he was never able to get beyond the third page.    Jean Rhys said he was the most handsome man she had ever seen.  She was shocked to learn he had been to Dominica and cruised the Sargasso Sea.  Ruffy was touched but had to decline when she said "no charge for you".   Marcel Proust always made sure he had Ruffy's favorite macaroons on stock whenever he heard he was in Paris.

Ruffington (or as he loved to say "Oh, Please call me Ruffy, even my houseboys do")  first came to the attention of society when he was the  personal cruise director for Prince Nicholas (to be Czar Nicholas) and Prince Felix Youssovpov  in 1903 when they cruised the major ports of the Mediterranean with the Russian navy.   Ruffy and Yousseovpov  met in Naples when Youssovpov was doing his grand tour of Western European  transsexual brothels and they were very close the rest of their lives.

Ruffy was born in London in 1881.      He attended the most manly of universities, Cambridge, receiving a double fifth  in Greek classics and French studies.   His family wealth, acquired in the slave trade-we can all be proud of the fact that Ruffy always forthrightly acknowledged that this was perhaps not a  morally good business- freed him to travel and enjoy the  sybaritic life style that got him banned from the best places in Europe and sought after in the worst or was it the other way around?   He did his best to make up for his family past business with a very diversified collection of houseboys.   When asked about his shocking to many allegedly passionate romance with a Russian  ballerina reputed to be the mistress of a Grand Duke, he said,  and added a phrase to the English Language, "Any Port  in a storm".

Ruffy is known for down to earth practical advice the manly man needs.   In his now very classic chapter  "Sailors Delight:   Red Sky in the Morning Take Warning, Red Rash in the Afternoon Take Penicillin" he gives his experience with seamen from many countries and frankly tells which sorts he finds most charming and which ones to avoid at all costs.      Be sure to have clove cigarettes for the gift that keeps on giving.    He has also included a picture of his collection of naval caps, said to include the hat of an Egyptian admiral, among 100s of others.

The ports he spends the most time on are Sicily ("a few lire go a long way"), Alexandria ("so when does the library open"), Athens (a must stop at least once in your life time), and Marseilles (Ruffy knows where to get the best bouillabaisse -or as he liked to say-"stick with me and I will get your bouilla really basted".

Some may find his chapter on Tangiers off putting with his discussion of brown little brothers and his openness about his close friendship and business partnership with Sultan Rujamai, still involved with the slave trade (it is the family business so let us not be judgemental) and in  procurement of young men for outsourcing to jobs in India at maharajah's  homes and among the British Raj elite may raise politically correct eyebrows today.

Ruffy was a gourmand of the highest order.   He includes a dining guide for each port he covers, with the exception of Istanbul where he says he stayed on the ship the whole time it was in port.   He is said to have debriefed T.  H. Lawrence concerning his experiences while a captive of the Turkish Army and developed a life time aversion to Turks from this.

Ruffy's drink of choice was Sri Lankan green tea in the morning and Bulgarian wine with meals.

Ruffy was a lover of the theater and during the first performance of Alfred Jarry's Ubo Roi, sitting next to W. B. Yeats at his insistence, shouted out,  just as the audience was in complete shock, "Papa, Papa why did you never love me" and had to be carried out of the theater by a group of ushers.  Later he confessed he and Jarry had planned this ahead of time.    Of course all of the ushers were then invited to the cast party held in Ruffy's place in the Marsais district.

Ruffy was an ardent patriot during WWII, often inviting sailors on shore leave to share his private bomb shelter in his Mayfair mansion.     He  was an air raid warden also.   To his great credit, he declined Eva Peron's invitation to spend WWII in the Argentine.  He was, of course, at her funeral in 1954, seated in the all Cambridge section.   He was resplendent in his traditional gaucho mourning suit, prepared for him by Gotfried Von Rollfingburg (now an Argentine citizen and still very proud of the uniforms he created for top German officers) as a courtesy for a secret to history favor Ruffy once did for him.

Ruffy's Guide to the Manly Mediterranean:   Any Port in a Storm may be a book for another time but his prose style is marvelous, he is very open and honest in what he says and much of his advice is still spot on.

I hope to post soon on his very candid Ruffy's Guide to the Ports of The Caspian Sea.     Ruffy never abandoned his support of the Czar and is quite negative on his accounts of post Czarist times.

From 1948 to 1958 Ruffy spent his winters it the Dominican Republic  as the special guest of the government.   He was working on developing tourism but the project never materialized.

I will let the scholars and academics debate the cultural importance of Ruffy's work.   Even Susan Sontag was not sure if his work should be seen as camp or not.

From Key West to Vladivostok and all ports in between, there is a bar on the docks where they close for a moment of silence on Sept 2 at 200pm to honor the too early death of Ruffy.   He died from the poison in a bad blow fish.

Ruffy wrote 25 travel guides.    I am very overwhelmed that a patron of my blog from Bangladesh, who has devoted her life to translating the work of Ruffy into Bengali, has sent me all 25 books.   When I asked her why she was spending her life and  tiny part of her immense family fortune on this enterprise she said she wants to give something back to the people of Bangladesh to enjoy for the ages.    One can only marvel at this dedication.    She declines to really be interviewed but when asked about UNESCO's claim that millions are near starvation in her country she said, "I heard someone say that at High Tea at the Hyatt last week but now at least they will soon be able to read the work of Ruffy and forget their troubles for a while".


Please let me know if you have read any of his other travel books.

Not a great fan of the travel book, probably the nearest I get is is ex-pats or people in exile.Working on that premise my favourite would be Lawrence Durrell's Bitter Lemons, based on his time if the Greek isles. Great interesting post & Ruffy sounds a great guest for a dinner party, if you've a top class chef on hand.

I'd never even heard of Ruffy or Ruffington Boussweau before venturing here. I'm sure his writing is very entertaining as well as informative. He sounds like a true bon vivant. I look forward to your future Ruffy posts (25 books?!).

Hmmm, such an interesting premise: a manly man's vacation. I wonder if men were having fun that women couldn't? Is there a sexual undertone to his thoughts, or was the manly man in reference to brute strength and 'guy stuff'? I'd love to know about the manly museums, or restaurants, or cruises, just to gain perspective from the other point of view than a female one. Interesting! Also, who knew Jean Rhys had never seen the Sargasso Sea?!

Landed on this blog from a random search. Its great work. Would love to read.

Bellezza-I will be talking more on Ruffy I have 24 of his other books on hand. I think I will next post on his guide to the ports of the Caspian Sea

Suko-Ruffy is, I think, coming back into favor and I think a all of his works will be republished soon-

Fascinating - loving the political connections and that to Rhys. I'll be looking out for more of these posts, Mel. thank you, as ever, for bringing forth a (currently) unknown or lesser known author.