"The Daily Woman" by Niaz Zaman

Short Stories from The Indian Subcontinent 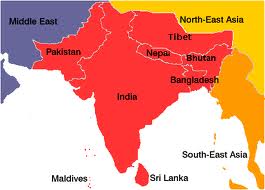 The Reading Life Guide to The Indian Short Story

Prior Posts on Short Stories of Bangladesh


Today I am starting a new permanent event on The Reading Life.   This event will be devoted to short stories of the Indian subcontinent.   There is no literary culture with roots older than that of India.   I will always admire Edmund Burke for telling the English that they had no right to govern a region whose culture is much older than theirs.   Most of the stories I post on in this event will be from India but I have plans now to post on stories by authors from every country in the region with the exception as of now of Tibet for which I can so far locate no short stories translated into English.   Some of the writers featured will be internationally famous, such as Salmon Rushdie, Sadat Manto,  and R. K. Narayan but most of the writers I post on will be authors on whom there are no prior book blog posts.    There are numerous books and academic conferences devoted to exploring the colonial experiences of India and Ireland and I will look these stories partially as post colonial literature.   My main purpose here is just to open myself up to a lot more new to me writers and in this case most will be new to anyone outside of serious literary circles in the region.  Where I can I will provide links to the stories I post on but this will not always be possible.

"The Daily Woman" by Niaz Zaman (Bangladesh) is a haunting story about a woman  who does day work cleaning up the houses of the affluent citizens of Dhaka.   Zaman does a wonderful job of bringing us into the consciousness of the woman.    One of the basic tenants of Frank O'Connor in The Lonely Voice:   A Study of the Short Story is that the short story is very often about those with no voice to speak for themselves, members of marginalized groups.    The central character in this story is the very epitome of a voiceless person.   She cannot read or write and her various employers barely see her or know her name.   They would have other servants of higher status in their houses, she does the lowest work.   Every year for the last five years she has given birth to a child but none lived for more than a few days.  She wanted to have children with the hope that they might take care of her in her old age.   She feared she was cursed until she gave birth to twins, a boy and a girl.   Then two white men came in the company of Abdul, her husband, and they take one of the babies.   We watch her as she does her daily chores and we do learn a good bit about her daily life.   Some times she wishes she could become a full time live in maid, instead of a day worker as at least she would have a dry clean place to live and live in maids often get to eat the same foods as the family, or at least the left overs.   She is able to bring her  baby to her jobs with her so she can nurse him with the little milk she is able to produce.   We learn about her friend Fatema who has to support her paralyzed husband.

Today is a good food day for the woman.   Her employer has given her a fish and told her to remove the scales and the guts of the fish in preparation for the cooking.   She knows they will not ask what happened to the guts so she hides them away to take home.   Sometimes she lucks out and gets chicken skins which the lady of the house will not eat due to the high fact content.  She cannot understand why all the rich women are afraid of getting fat as she would feel she was in paradise if she had enough food to get fat.

We learn a really lot about the daily lives of the woman and her husband, a rickshaw puller, terribly hard work.   We learn that her husband Abdul told her the white man's wife, they are Americans,  could not have a baby and would take good care of their child and besides she did not have milk for two babies.   One of her friends tell her that her baby will be taken to America where he will be turned away from the true faith and made to become a Christian.   She is told she is condemning her baby to hell.

When the American woman comes the next day to get the child, there are papers for the mother to put her mark on, some in Bengali and the same thing in English.   The American woman insists she take as a present (no doubt Abdul got paid for this along with some middlemen) a bracelet.   She thinks it must be gold.   She does not want it because she is not selling her child but trying to provide him a better future.   Everyone who lived around her had seen the transaction.   She thinks the gold bangles must be worth enough to feed them for ten years at least.   I will leave the rest of the story untold as I do hope some of my readers will be able to experience this story.

"The Daily Woman" is a very well written story that takes us into the mind and life of a very marginalized woman, the poorest of women in a place considered among the poorest countries of the world.   There is a lot to be learned from this haunting story.

I read this story in a collection of short stories from the region, The Lotus Singers:  Short Stories from Contemporary South Asia (2011) edited and introduced by Trevor Carolan with various translators.  It was originally published in 1996 in the authors collection, The Dance and Other Stories.

Name:
Dr. Niaz Zaman
Designation:
Supernumerary Professor
Qualification:
Details:
Niaz Zaman is professor of English at the University of Dhaka. Her area of specialization is American literature. She has also published articles and books on womenâ€™s folk art. Among her major publications are The Confessional Art of Tennessee Williams, The Art of Kantha Embroidery -- the first book-length study of the kantha -- and a study of the partition, A Divided Legacy: The Partition in Selected Novels of India, Pakistan and Bangladesh, which won a National Archives Award. She has edited a number of anthologies, including Under the Krishnachura, From the Delta, and New Age Short Stories. She was consulting editor, Arts and Humanities forBanglapedia and editor of the Bangladesh Journal of American Studies. She is also a creative writer and has published The Crooked Neem Tree, The Dance and Other Stories, the titular story of which won an Asiaweek Short Story Award, and Didima's Necklace and Other Stories. Last year she started writers.ink to publish creative writing in English and English translation as well as writings on literature and language. From 1981 to 1983, Dr Zaman was posted to the Bangladesh Embassy in Washington D.C. as Educational AttachÃ©.

Email ThisBlogThis!Share to TwitterShare to FacebookShare to Pinterest
Labels: Bangladesh, Short Stories of the Indian Subcontinent

Hi Mel,
IMHO, the best writing in India is being done in the regional languages. Unfortunately they are not translated much. Offhand I can think of some Tamil writers whose works need to read more widely and who have been translated

1. Bama - Her short stories have been translated
2. Asokamitran
3. Permumal Murugan
4. Charu Nivedita
The last 3 have mostly their novels translated.

Ajay R. Thanks very much for these suggestions. I will see if I can find their work online. I hope you will return

Ajay R. I have read and posted on one story by Bama! Very good work