Interview with Michael Stutz author of Circuits of the Wind

Please enjoy this interview with Michael Stutz, author of the deeply poetic literary novel,Circuits of the Wind. 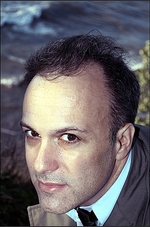 Your book, Circuits of the Wind, set mostly in the 80s and 90s, is the life-story of someone growing up on the early Internet. It's as much technological as it is literary. Tell us what inspired that subject.
Well, the net's everywhere now, it's big and getting bigger and there's no going back -- but I remember when there was no net, or when the net was underground, and I remember the thrill and excitement and hope when the net was coming and those people who were part of this underground, myself included, saw it all happening and were there.

Great interview, Mel. Good to see a writer interested in ideas and language rather than being genre focused.