I will be observing Banned Books Week, now in its 30th year, in two ways.   I will be posting five guests posts in which distinguished authors share their thoughts on banned books that matter to them.  I will also be posting my own observations on a work by an author who was famously banned.

My post on Franz Kafka for Banned Books Week

Mary Glickman, author of Home in the Morning and One More River:

When we think of the people who ban books, images come to mind of the sexually repressed, of Nazi bonfires, of regressive, extremist sectarians, and other assorted nutcases. We wonder why should we be denied the beauty of a paragraph like: “Lolita, light of my life, fire of my loins. My sin, my soul. Lo-lee-ta: the tip of the tongue taking a trip of three steps down the palate to tap, at three on the teeth. Lo. Lee. Ta.” So what if the novel’s unreliable narrator is a pedophile. It’s not as if Humbert Humbert ends well.

Peter Mountford, contributor to Hotel Angeline and author of A Young Man's Guide to Late Capitalism:
When I was twenty-five and had just abandoned a fledgling career as an international affairs commentator, I moved into a large abandoned Tudor in northwest Washington, DC, and started working as a waiter in a swanky restaurant. The house—my childhood home (my father wasn’t able to sell it)—had one piece of furniture: a mattress, on the floor of the attic. It was romantic stuff: I had no plan, no money, still smoked cigarettes. For entertainment, I owned a typewriter and a library card. Almost by chance, I discovered Nabokov—I was sufficiently oblivious that I’d thought I was in for something like Tolstoy when I picked up Lolita. From that first page—from that deliriously lyrical first sentence, in fact—I fell desperately in love with Nabokov’s writing. I’d never read anything like that before.

For better or worse, I immediately knew what I had to do with the rest of my life: I had to try to re-create that feeling for other people. My first misstep was to try to copy Nabokov’s style (I failed in that particularly dopey way that people who try to imitate Nabokov will do).

Over three months, I read a dozen of Nabokov’s books—underappreciated Ada became my favorite—before I started on the books he admired. He wrote a series of essays on Gogol, so I forced myself to read Gogol. Something similar happened with Don Quixote, but I gave up, because even Nabokov seemed to find Don Quixote unbearable.

Roser Caminals, author of The Street of the Three Beds: 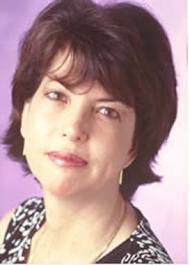 Certain books have been banned based on technicalities. This is the case of Réquiem por un campesino español (Requiem for a Spanish Peasant), a classic novel on the Spanish Civil War by Ramón Sender. The original title was Mosén Millán (Father Millán) and it was the reference to a priest in a political context that resulted in censorship. Once Sender, an exile in Berkeley, California, agreed to change the title, the book was allowed to see the light without further changes. In the case of Lolita, the censor is a reader who doesn't draw the lines among author, narrator, and character. He thinks that Vladimir Nabokov, a Russian exile in the United States, is a pedophile, and his novel an autobiography that endorses the protagonist’s seduction of a pubescent girl. Irony isn’t written in ink, and so it doesn’t count. When Lolita came out it was derided as a scandal, when in fact it’s a masterpiece that should be a required text in twentieth-century fiction courses. Art can use the vilest materials, such as war, rape, and discarded soda cans, to produce beauty. As Nietzsche said, only through aesthetics do we reconcile ourselves to the tragedy of existence. The censor state can’t. It is stuck with the tragedy of ugliness.

My thanks to all the authors who shared their thoughts on Lolita with us.   I respectfully do not agree with Peter Mountford's comment on Nabokov's reaction to Don Quixote.    Maybe Nabokov felt a sense of the futility of the enterprise of the novelist in the face of the overpowering start that Cervantes gave the modern novel.

I enjoyed each writer's take on the banned books they got to read and enjoy. Something about a book that takes you to uncomfortable places and then lets you experience what you would never experience, asks of you nothing in return but to take one chapter at a time, and then, at the end, you can put the book down and curse the author, or, in most cases, discover that Oz is made up of magic and shadowy creatures too.

I finally read Henry Miller, and can't believe all the fuss that was made back in his time. Each generation can only stomach so much truth, I guess.

Terrific stuff, Mel! I enjoyed reading your post on Kafka's THE METAMORPHOSIS, which I read many years ago, as well as the thoughts of various writers on the banned books that mattered to them. Some of the views are quite amazing. This is a highly commendable effort on your part. The more you ban a book, the more I'm likely to read it. It's the one sure-fire way to bring a book into public limelight and ensure it stays there for a very long time. As I mentioned on another blog, the only people who ban books are morons that include governments and political and religious satraps.

By the way, Mel thanks for featuring Nathaniel West and "Miss Lonelyhearts". I had never heard of him before but now that he comes with a high recommendation from you, I'm definitely going to read it.