Words Without Borders - November 2019 - Writings from the Philippines 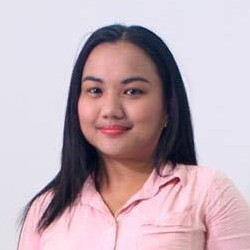 My Posts on the Literature and History of the Philippines

From Words Without Borders - November 2019

I was delighted to discover that for the first time ever Words Without Borders in The November 2019 edition is featuring Short Stories, Poems and Essays featuring writers from the Philippines. For a writer to make use of one of the 156 indeginous languages is a political as well as a literary statement, an affirmation old ways can endure in a Society increasingly dominated by mega malls and Facebook.

In years past I have posted on  pre-World War Two short stories and stories by National Authors of the Philippines as well as non-fiction. Readership on these posts is very high, showing there are lots of people interested in older Filipino literature.  These stories are a great resource for those into the history of the Philippines, a cultural treasure.  Soon all with a living memory of this era will be gone.

Elizabeth Joy Serrano-Quijano’s story “Can’t Go Out” is set in the southern Phillipines, among indeginous people of Davao Del Sur
(Davao del Sur (Cebuano: Habagatang Dabaw) is a province in the Philippines located in the Davao Region in Mindanao. Its capital and largest city is Digos.)

The time of the story is not explicitly stated. Probably it is sometime in the 1950s.  The central character Is a young woman.  She has heard of televisions but not yet seen one, she has seen cars but never ridden in one.

“Darkness falls in the afternoon. It’s going to rain again. The carabao and the goats have been herded off to shelter. The newly harvested corn has been covered. The house smells of fuel because our tiny lamp has been lit. Smoke rises from the hearth, a signal that Mama is cooking something. The five of us can’t go out. I want to go out so I can wait for Papa. I want to look out for what he brings, but I can’t go out.
The other week, Papa brought meat from hunting. Mama prepared it in a delicious broth. Rod and I fought over a large piece of wild boar meat. Mama got upset because we shouldn’t fight at the table.
But last night, she and Papa were arguing. The five of us slept on empty stomachs. I couldn’t find my malong cloth. I fell asleep in our cold corner of the forest in Datal Fitak, a mountain in Matanao.
My teacher asks if we have ever seen a TV. I’ve seen one in a picture but I don’t know what it’s for. I haven’t been to Digos or to Davao, but I’ve heard about those places. So many people, they say, so many vehicles. Sometimes I don’t feel so bad because so many people and so many vehicles might run me over.  “

The story displsys the intense closeness of Filipino Family.  We see tbe role of the mother as care giver, Family rule giver and nourisher. Elizabeth Joy Serrano-Quijano makes marvelous use of food.

I will leave the action of the story for you, it is very intense.

I have a theory sbout the history of the Philippines not in full accord with what is taught in schools.  We are taught that the Philippines was founded by traders from Malaysia and China.  The problem with this idea is they came without women.  The contribution of aboriginal proples is way underestimated.  Historical linguistics suggested a region with many languages has a very ancient culture.  Probably about 500,000 years ago archipelago began to be settled by people from Siberia.

I mention this as I greatly respect the efforts of Elizabeth Joy Serrano-Quijano to keep alive history.

Elizabeth Joy Serrano-Quijano received a BA in Mass Communication from Holy Cross of Davao College, where she developed her dedication to journalism and passion for creative writing. She works as a college instructor, teaching Development Communication at Southern Philippines Agribusiness and Marine and Aquatic School of Technology (SPAMAST)–Malita, Davao Occidental. She is proud of her Igorot, Kapampangan, and Blaan roots. Her writing is also her advocacy for the indigenous people of Davao del Sur. It focuses on indigenous people, motherhood, and children, as she is also a mother and a wife.

John Bengan teaches at the Department of Humanities in the University of the Philippines Mindanao. His work has appeared in Likhaan 6, Kritika Kultura, BooksActually’s Gold Standard, and Cha: An Asian Literary Journal, among others. He holds an MFA in creative writing from The New School. A recipient of a Ford Foundation International Fellowship, he has won prizes from the Philippines Free Press Literary Awards and the Carlos Palanca Memorial Award for his short fiction. He lives in Davao City