Question.  In Mrs Pelfrey at the Claremont there is a character named Mrs Taylor, in A Wreath of Roses, a central character is Liz.  How do you see this use of parts of her name.?

This is the fourth novel by Elizabeth Taylor I have so far had the great pleasure of reading..   Previously I have read A View of the Harbour, At Mrs. Lippincote’s and my so far favorite Mrs Pelfrey at the Claremont.

Longer term it is my wish to do a full read through, including her short stories.

“A Wreath of Roses has been called Elizabeth Taylor’s darkest novel, dealing as it does with murder, loneliness, terror and suicide. The aftertaste of the Second World War is still on everyone’s tongue. Young men who have been formed by the extremes of violence must find a way of adjusting to civilian life, and out of the chaos discover a coherent story to tell themselves about their futures.” Helen Dunmore

A Wreath of Roses is set in an English Village in the heat of summer.  The war has been over a couple of years. The story opens at a railway station.  Camille Hill, an unmarried woman into her middle years has come to visit two old friends, Liz and Francis.  Liz is struggling with the obligations and expectations of being married to a clergyman and having an infant. Francis, her other friend, is a well regarded painter.  Of late her outlook on life has darkened reflected in her work.  Camille feels her life is dull.

Camille sees a to her handsome man at the station.  Then as they wait making a bit of small talk, a man falls to his death in front of the train.  In a writer as bookish as Taylor, I see this as an invocation of the opening of Anna Karenina.  We are privy to the thoughts of the man as well.  We learn he spent years in a German prisoner of war camp.  He is going to the same town as Camille.  Their developing relationship is the driving force in the plot.

Camille’s friends see evil in him.  We slowly learn of his past.  We see how his terrible war years have impacted him.

I found the close of this book very powerful.  Listening to the truly evil revelations of the man rendered in the exquisite prose of Taylor had a quite visceral impact on me.

Taylor is a master of character development. 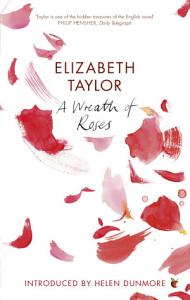 This is such a remarkable story isn't it? When you begin, you think you're in for quite another kind of experience. Then, tragedy, just a couple of pages after the opening. Then you adjust your expectations and think you NOW know what you're in for. And then she shifts it all again. Always with the relationships at the heart of it all. Such a rich tapestry to unravel!