The Outlaw Ocean: Journeys Across the Last Untamed Frontier by Ian Urbina - 2019 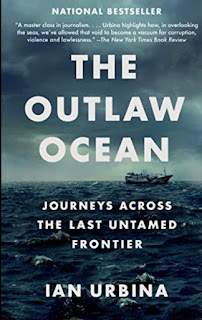 The Outlaw Ocean: Journeys Across the Last Untamed Frontier by Ian Urbina - 2019

The Outlaw Enjoy dervives from a series of articles Ian Urbina published in The New York Times in 2015.  It was born in years of intrepid first hand investigations of what goes on in the wide open oceans  once you get outside territorial rights.

He starts with a chapter detailing the terrible explotation of desperately poor rural Thai men recruited to work on fishing boats that often stay out to sea for years, being supplied by fleet ships which also take the catch.  The men are often in debt bondage, beaten and used sexually by ship  officers.  Any possible legal protection they have ends once outside Thai Waters.  The working conditions are very dangerous.  Urbina spent time on these boats and lived in the filthy conditions the men endure.  The fishing methods are very enviormentally destructive, they kill and throw out many more fish than they harvest.

Ever enjoy Chilian Seabass at a Lovely restuarant?  Read the chapter about how they are caught and you might not have it again.

“The fish is also a favorite entrée in upscale restaurants in the United States and Europe, costing about $30 a fillet. But diners won’t find “toothfish” on menus. There, it is sold under a more palatable name: Chilean sea bass. Demand soared in the 1980s and 1990s after a Los Angeles fish wholesaler with a flair for marketing renamed the fish. The rebranding worked a little too well. The oily fish, rich in omega 3, soon came to be known on docks worldwide as white gold. Most scientists now agree that the toothfish population is dwindling at an unsustainable rate.”

Toothfish are found in southern artic waters.  Fidhing in The  southern artic is almost unregulated, there are laws limiting catches but they are very hard to enforce.

Urbina explains why ships are registered in third world countries with reputations for corruption.

Big ships worth millions are often purchased with loans, some from commercial banks and some from foggy syndicates of some sort.  So How do you reposss a 200 meter freighter running Under a flag from The Sudan when the owners want to keep it?  You hire a boat repo man!  How this works is explained in a fascinating chapter.

Every chapter tells a story.  There is a great deal to be learned in this very well written book.  I have just hit a few highlights. 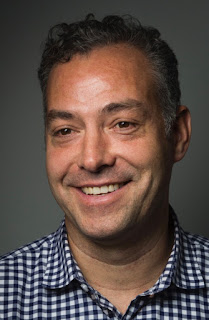 The Outlaw Ocean series was originally published in The New York Times, where Ian Urbina (See: Wikipedia) has been an investigative reporter for over two decades. Several of his stories have been adapted into major feature films, including The Outlaw Ocean which was purchased by Netflix and Leonardo DiCaprio.

During his career, Ian has won a Pulitzer Prize for Breaking News, a George Polk Award for Foreign Reporting, and his work has been nominated for an Emmy Award. He has degrees in history and cultural anthropology from Georgetown University and the University of Chicago. Before joining The Times, he was a Fulbright Fellow in Cuba and he also wrote about the Middle East and Africa for various outlets including the Los Angeles Times, Harper’s and Vanity Fair. He lives in Washington D.C. with his family.

The Outlaw Ocean reporting, almost all done offshore, took Ian across 5 seas and 14 countries in Africa, Asia, the Mediterranean, South America, and the Middle East. It resulted in 8 front-page stories in The New York Times and a book published by Knopf Doubleday. “.

This sounds quite interesting in that it’s a topic I know nothing about. Thanks for sharing your thoughts

I first heard about this book via the NYT Book Review podcast; if you don't already listen to it, you might appreciate their other recommendations too. At first glance, some of the content might seem to be overly U.S. in nature, but I always end up enjoying those interviews as well (like mini history lessons) and they add a LOT of books to my TBR. One of my favourite parts is at the end where the staff members discuss their other reading (and, in alternate weeks, the reviewers discuss the process of writing their recent reviews). Anyway, that's how Urbina landed on my TBR, and I'm so glad he did!