Of doctors and doctors - A short Story by Neera Kashyap - 2020 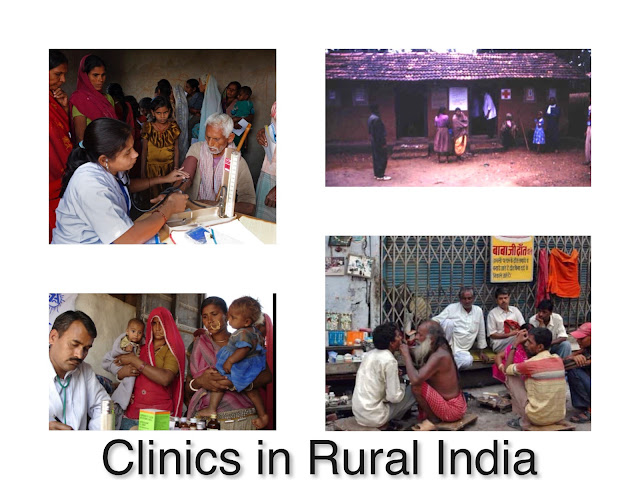 Of doctors and doctors - A short Story by Neera Kashyap

This is the third short story by the multi-talented Neera Kashrap I have had the very real pleasure of experiencing.

In May of this year I made my very fortunate first venture into the work of Neera Kashyap.

I loved her “Leave, Gentle Spirit”, a fascinating story narrated by an American ethnographer living in a small village in the Himalayas. Her mission there is to develop an in-depth understanding of the culture, folkways, religious beliefs and customs of women in the village, she learned to speak Hindi, widely spoken in the area.  As much as possible she lives like the women she is researching..

“Leave, Gentle Spirit" is a wonderful work, deeply informed and wise.  It deals with cultural divisions and gives us a look at life within the Himilayan region.

Next I read her “The Silent Tree” in which we are shown how the death of a husband and father impacts those who survive.

I really liked “Of doctors and doctors” for its vivid cinematic presentation of the work day of Doctor Kamala in his clinic somewhere in rural India.  Doctor Kamath was educated at a very fine medical school but gave up his big city practice to help the poorer people in rural India.  He is appalled to discover how local doctors snd hospitals take advantage of people to way over charge them for dubious treatments.

I want to share enough of the exquisite prose of Kashnap to let you  see why I am so taken by her work.

“I cannot prescribe medicines till I have the test results", said Kamath ringing the buzzer for Swarup who sailed in with another patient complete with family, the one huddled next to the window lunging towards his desk. For a moment, Kamath looked at them unseeingly. His own medical fraternity, he thought. He had seen patient prescriptions where steroid injections were administered first, ending in no conclusive diagnosis, but in a list of medicines. A poor farmer with uncomplicated hypertension was being sent to a city cardiologist for regular ECGs. A private hospital nearby used ultrasound as a money-spinner, charging desperately poor people Rs 1000 for each unneeded scan.

The patient before him was a girl in her teens. She lay immobile in her father’s arms, eyes shut. The mother hung to her husband’s side, eyes wide with alarm. She held up the girl’s salwar to reveal two brown punctures on her lower leg, red swellings all around. Kamath had seen non-venomous snake bites which had mainly involved keeping the patient calm as he administered first aid. He took a closer look.

There was a discharge from one of the holes. He felt a swelling in the lymph nodes behind the girl’s knees. His sharp volley of questions revealed that she had stepped on a snake in the paddy field and got bitten; it was a snake – she had seen it, the mother urged. This happened 18 hours ago. When her swelling and dizziness increased, they took her to their local doctor.

“Family doctor. In the village. He gave two injections and some tablets.” The mother emptied a small brown envelope, large multi-colored pills rolling out onto her palm.

Kamath felt the venom rise in his throat. He lowered the girl’s legs and turned her to her left. He snapped at Swarup to bring him soap solution and bandages, washed the wound and covered it loosely with sterile gauze. He gave the girl a tetanus shot in the arm; she did not flinch”

I look forward to following the work of Neera Kashrap for a long time.

The inadequacy of rural health care in India is now a significant social issue. 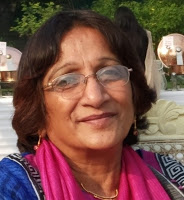 Neera Kashyap has worked on health, social and environmental communications. As an author, she has published a book of stories for young adults titled, ‘Daring to dream’ (Rupa & Co.,2003) and contributed to five prize-winning anthologies published by Children’s Book Trust. As a literary writer of short fiction, poetry, essays, story/book reviews and creative non-fiction, her work has appeared in two poetry anthologies published in the U.K. (Clarendon Publishing House and The Poet) and in several South Asian journals