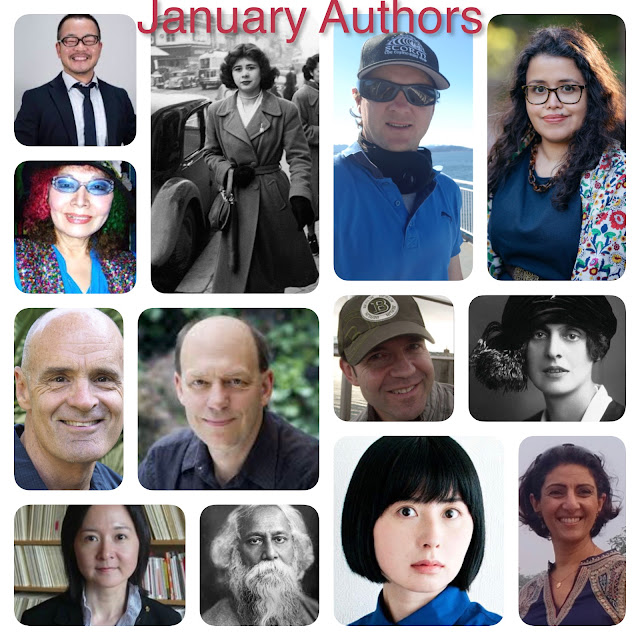 In January six male authors were featured and seven female,all but four authors are still living. Six were featured for the first time.

Top Country of Origin of Visitors

Short Stories by South and S.E.Asian Authors continue to be the most viewed posts.

There are currently 3874 posts on The Reading Life

Interested readers can get a good idea of future postings from The works pictured in our Sidebar.

I Will continue my participation in The Japanese Literature Challenge in February and March.

In March I Will Focus once again on Irish Short Stories, as i have done for The Last eleven years

Better times are coming, to my fellow book bloggers, the world’s greatest readers, please keep up your work.

Eleven years of Irish short stories: wow! That means it's been nearly that long that we've been book-friends! Congrats on another great and varied reading month: here's to a good February! (Which is already half passed now, but, still...)