Diary of a Provincial Lady by E. M Delafield- 1930 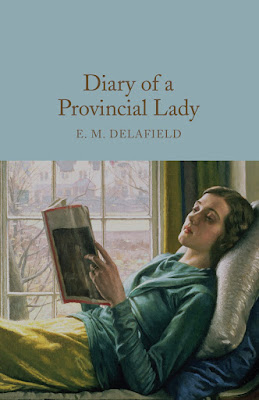 Diary of a Provincial Lady by E. M Delafield- 1930

E M DELAFIELD (1890–1943) was born to Count Henry de la Pasture and his novelist wife in Hove, Sussex. When she was 21 she entered a convent in Belgium and wrote about this in Consequences (1919), Persephone book No. 13. She was in a  VAD (Voluntary Aid Detachment) during WWI and afterwards married Major Paul Dashwood; from 1923 they lived in rural Devon, where she wrote over thirty novels including The Diary of a Provincial Lady (1930). - from The Persephone Book of Short Stories 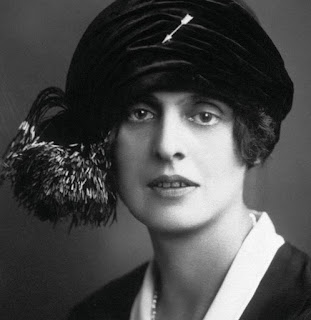 Last week I read a delightful short story by E. M. Delafield, “Holiday Group”.  I wanted to read more of her work the complete consensus is that Diary of a Provincial Lady is her best work.  I just completed it and totally loved the arch prose style, the humor, I laughed out loud several times, the gentle satire of upper middle class English country life between the wars, the narrator’s relationship to her children and her husband and the wide cast of characters.

The novel is said to be autobiographical in inspiration. It is structured as a series of diary entries. The narrator is an aspiring writer, her husband a land agent.  She does struggle at times to keep up appearances.  We meet the local society leader, Lady B, the provincial ladies friends, go along to meetings of writers, charity groups, follow her on a trip to Paris joining her friend Rose.  Her interaction with her cook other servants are a masterful treatment of the “servant problem” in 1930.

In the Kindle Edition from MacMillan, pictured above, the wonderful drawings of the characters by Arthur Watts are included. 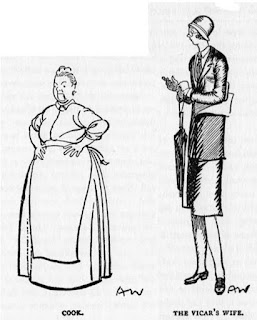 If you are down in the dumps over the Covid Pandemic The Diary of a Provincial Lady might be your cup of tea, and of course tea is frequently served in the diary.

Email ThisBlogThis!Share to TwitterShare to FacebookShare to Pinterest
Labels: E.M.Delafield

Oh, it's just ridiculous and delightful, isn't it? I just know that I gobbled it up too quickly when I read it, but it was too hard to stop. I've read and enjoyed another of her novels, maybe something about Feasting? But don't expect another Provincial Lady...it's good, but different, more like Ferguson or Taylor. (Although you've got plenty of PL sequels to enjoy yet, too.)