Adventurism and Empire The Struggle for Mastery in the Louisiana-Florida Borderlands, 1762-1803 By David Narrett 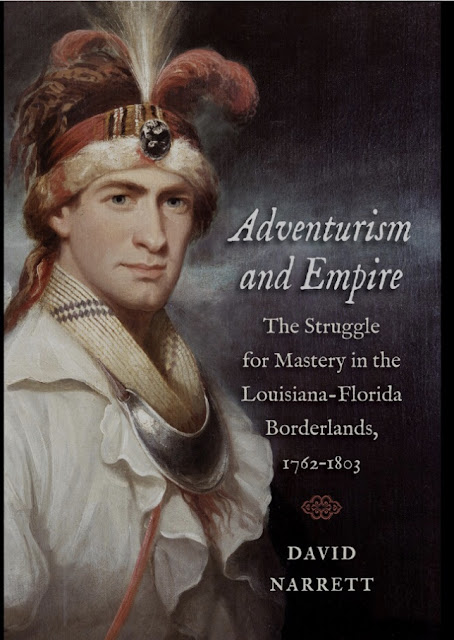 In December of 2018, in consultation with Max u, it was decided that there should be an annual post in observation of our Father's December 2, 1914 birthday.

Our Father served four years in the United States Army during World War Two.  He was a junior officer serving under General Douglas MacArthur.  He was stationed in New Guinea and shortly after the war in the Philippines.  For the initial observation  I posted on a wonderful book, Rampage MacArthur, Yamashita and The Battle of Manila by James M. Scott .  Shortly after I posted, the author, a great speaker, did a book tour in Manila.  My wife and I attended one of his talks. Afterwards we had a lovely conversation with Mr. Scott.

In 2019 I came upon a perfect book for the second annual birthday observation, War at the End of the World: Douglas MacArthur and the Forgotten Fight For New Guinea, 1942-1945 Book by James P Duffy

Our father was born in Georgia, in the southern part of the state just north of Florida.  Our ancestry goes way back before the American Revolution so in December of 2020

I posted upon a biography of a pre-Revolution governor of the then colony of Georgia, James Edward Oglethorpe by Joyce Blackburn.  Our father, with our grandparents, moved to Florida around 1921.

This year I was happy to find a very interesting book on Florida history.   Adventurism and Empire The Struggle for Mastery in the Louisiana-Florida Borderlands, 1762-1803  By David Narrett

Narrett begins his study in 1763 with the close of the Seven Year War to the Louisiana Purchase in 1803.  Narrett details how a rivalry deveoped with Spain in the Mississippi Valley and on borderlands between Georgia and Florida.  He tells us the stories of traders and schemers involved in cross border trade including slavery.  He details numerous military conflicts.  We see the impact of the American Revolution as well as the French Revolution.  He expanded my understanding of how these matters impacted greater Atlantic area.

David Narrett is Professor of History at the University of Texas at Arlington, where he has taught since 1984. He received his B.A. at Columbia University in 1973—and his Ph. D. at Cornell in 1981.