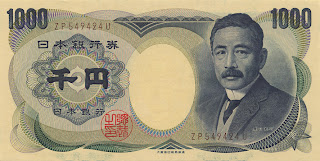 Botchan by Natsume Soseki (1867 to 1916-Tokyo) is one of the most read of all Japanese novels.    It is pretty much required reading in the later years of elementary school in Japan.   Soseki is one of the first "modern" Japanese novelists.   He is most famous for his I Am a Cat, Kokoro and Botchan.    I have previously posted on Kokoro and a beautiful work about the nature of art set just after the Russian Japanese War,   Kusamakura.


Botchan is considered to be based on the author's experience as an elementary school teacher.     The title character has just obtained his college degree, in physics, and has secured a good job teaching at a private elementary school.   The novel is kind of a combination of a coming of age story and a morality play with different characters representing different outlooks on the rapid changes overtaking Japan in the early years of the 20th century.


Botchan himself stands for conservative traditional values of old school Japan.   One of his fellow teachers represents the Bushido tradition of total loyalty to the Emperor and one at another extreme is meant to be an intellectual very influenced by the current thinking in Europe.   Another teacher is seen just as a follower of any popular trend.   One of the teachers is a very brooding deeply thoughtful person.


The story also uses the bad behavior of the students to symbolize the falling away of young people from traditional Confucian values of extreme respect for teachers.


There was one really interesting and very funny scene where the teachers went to a party with Geisha girls.   In this scene we see the teachers are really just young men without a lot of knowledge of the ways of the world.


There is a lot in this short novel.    It gives us a good look at the life of an elementary school teacher and lets us see how people from small towns felt about Tokyo.


You can down load it  for free in Kindle or other formats from Manybooks.


In their preface to the translation Yasotaro Morri says that there is a lot of slang used in Botchan.  Morri in this 1919 translation uses a lot of American slang from this era and it kind of seems out of place now but it is not a big matter, just a minor feature.


Most into Japanese literature probably read Botchan a long time ago.   If you went to school in Japan you probably read this book in elementary school.

I actually have this on my Kindle & it will be my introduction to this writer, although realistically that will be next year now. I intend to explore several of this authors work based on the reputation he has in the J-lit world.

Ah, Botchan. It's on my "to read" list, since I loved Kokoro, but I haven't gotten around to it yet.

Fair warning: I am a Cat has a great title, but it seemed to drag on and on, and I couldn't finish it. ^-^; I hope you have better luck though.

I'm glad you liked Botchan. As a former teacher at a small college, I can really appreciate the departmental politics. Thanks for the excellent review.

Bokusenou-I admit freely I was hooked once I saw the title!

That's what I like about reading your blog Mel. When I get my Kindle soon, I know where to read those free e-books, I have been wanting to buy Bochan off Amazon, now I don't have to! Thanks for the great review.