"The Bread of Salt" by N V M Gonzalez 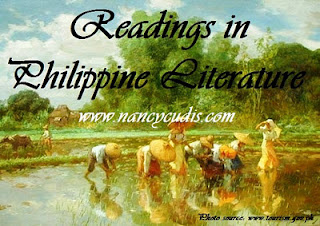 My Prior Posts on the Literature of the Philippines

Prior  Posts for the Short Stories of the Philippines Project

1. Dead Stars and A Night in the Hills by Paz Marquez Benitez
2. Servant Girl and Magnificence by Estrella Alfon

3. The Wedding Dance by Amado Daguio

Today is the fifth  post for  what I hope will be a long term project featuring  short story writers from the Philippines.   In a joint venture with Nancy Cudis of Simple Clockwork we will be spotlighting once or twice a  month the work of a short story writer from the Philippines.   Nancy is based in Cebu City and focuses according to her profile on  PHILIPPINE LITERATURE, CLASSICS, CHILDREN'S and MIDDLE-GRADE BOOKS, CHRISTIAN FICTION, and clean ROMANCE.    Her blog is just getting started and I can already tell she has a great passion for what she does and I hope a lot of my readers will also follow her blog. 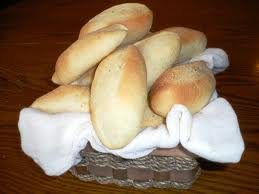 At first I thought there were only twenty or so short stories from the American Era n the Philippines online but I have now found 100s of them.   These stories represent a literary and cultural treasure and a body of work that anyone interested in colonial studies could profit from.   But most important, if the five  writers whose stories I have read so far are any guide, the stories are a lot of fun to read, feel like they were written from the heart, are easy to read and give us a look at a way of life gone forever.   There are links to resources on Nancy's Blog and in my prior posts on this topic.

We invite anyone interested to join in.   If you have never heard of any authors from the Philippines you are very welcome to learn along with us and if you have been reading in this area for 30 years, please help us out.   Done long enough, we hope out project could become a real resource for those interested in the literary culture of the Philippines.   We do need help in this project to start to cover all the writers.

Néstor Vicente Madali  Gonzalez (September 8, 1915-November 28, 1999, known by his initials) is the first writer from the province of Oriental Mindoro we have featured so far.  Growing up Gonzalez often helped his father in the family meat business.   He attended high school in Oriental Mindoro and started but did not finish his degree at National College in Manila.   While in Manila he began to write for local newspapers and magazines, just like we have seen so many other writers do.    Gonzalez became very active in creative writing circles in Manila and was the first president of the Philippines Writers Association.  He received a grant to study creative writing at Stanford University in California where he studied under Katherine Anne Porter and Wallace Stenger.    Upon return to the Philippines he became the first person ever asked to teach at the University of Philippines without having a college degree.  He was to go on to teach creative writing at several American colleges as a visiting professor.   In 1997 he was given the status of an artist of the Philippines.   He wrote largely in English and he published three novels and six collections of short stories. 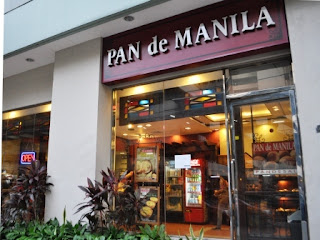 Pan de Sal, bread of salt, is one of the very basic comfort foods of the Philippines.   There is bakery less than a block from where we live that makes some of the best.     They normally come into the house in a brown paper bag and everybody knows if you want one you should not wait.  They are soft, have an ever so slightly nutty flavor and are great with a hot cup of coffee and sometimes it is OK to dunk them.   Everybody loves Pan de Sal.   They give you a feeling of home and your grandmother's kitchen.   If someone is sick, they will for sure love  one of these delicious rolls and our story, "Bread of Salt" begins when our young central figure is sent out by his grandmother, who just had three molars removed, to buy a bag of Pan de Sal.   This was back in the days before there were fancy chains bakeries and deluxe supermarkets and you bought your Pan de Sal right out of the oven and you did not mind the stains on the paper bag.    Almost every day he would go and watch the bakers do their work and would leave happy, knowing he would have his share.

The central character develops a crush on the niece of the owner of the plantation that his grandfather has managed for many years.  I really liked it when he makes reference to his English class reading the work of Robert Louis Stevenson.   He also played the violin and was soon invited to join a local band which he saw as a welcome opportunity to earn some money.  He begins to imagine himself as a world famous musician just returned from a triumphant tour of America.  He begins to make some money but his aunt discourages him, telling him at parties the musicians always eat last.

In the mean time he is more and more tormented by his teenage love for Aida (the name is not chosen by accident) and he fears she will be leaving soon to go back to her parents house then he is so happy to learn she is not leaving.  His band will be playing at a big party at Aida's house.   She still has no idea of the crush he has on her.    He is nearly crushed at the end of the party when she comes up to him and tells him that as soon as the  V I P guests leave she will bring him a bag full of food.  He quickly gets the point that he is just part of the help.  After eating the very good and copious food he stopped by and bought a bag of pan de sal to take home to his family.

"Pan de Sal" is a very well done story that shows how we long for simple comforts in times of pain or when our hopes are dashed.  It is about the class structure and the nature of families in the Philippines in the 1950s.    It is beautifully written.

You can read it here

Nancy's family has suffered a tragic loss  and the prayers of  The Reading Life family are with her and her family.

Hello, Mel! Thanks for introducing me to short stories from the Philippines, the links including Nancy Cudis, and Pan de Sal which looks heavenly. I can perceive a lot of similarities in the short stories from our two countries but then there's not much difference between our peoples and the lives they lead.

N.V.M. Gonzales is truly an amazing writer. He also wrote the book, The Bamboo Dancers, but I remembered it being a heavy read for a 13-year-old when I initially decided to make it as subject for a review paper in class, so I went for F. Sionil Jose's Gagamba.

Here is my post on N.V.M. Gonzales' another beautifully-written short story, Children of the Ash-Covered Loam, http://www.nancycudis.com/2012/06/readings-in-philippine-literature-5.html