"The Sins of the Wolf" by Lasha Bugadze 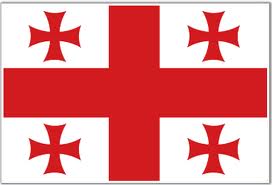 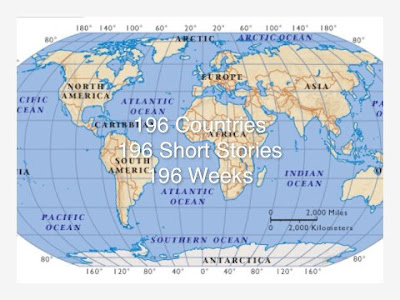 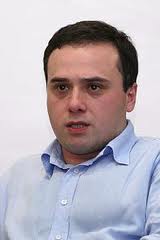 "The Sins of the Wolf" by Lasha Bugadze (1977, Tbilisi, Georgia) is a perfect story to begin my attempt to read short stories from 196 countries over the next 196 weeks.  It is hilarious, centers around matters directly related to the nature of the reading life in terms of how readers can become totally involved in the lives of their characters and how authors can sometimes lose control of their creations.  It is brilliant and a lot of fun to read.   Bugadze is a playwright and a novelist.  He won an award from the BBC International Radio Play Writing competition in 2010.  He is also a cartoonist, screenwriter, producer and TV personality with the Georgian Public Broadcast Company.

As the story opens an author is on the phone talking to a fan of his work who has stalked him enough to get his private phone number.  She tells him that she really liked his book The Sins of  the Wolf.  She sounds like a young woman to him and his wife says "who is that on the phone"?   The caller keeps saying she has something she wants to ask him but she is shy to do so.  She finally asks to be put in touch with Bakar Tukhareli.  The author is not sure he heard her right as the name refers to a character in his novel, a purely made up person.   Now he starts to think this is some kind of prank but the woman insists she is serious.

He talks about how his publisher had told him the more people that are killed in his books the better they will sell.

The next day he is taking his children to their first guitar lesson and the woman who called him is standing in front of his building.  She comes running up to him and says she is the woman who called him and asked about Bakar Tukhareli..  Now he is getting nervous, she looks crazy and he has his kids with him.  He tries to tell her that there is no such person but the woman will not have it.  She wants to know if the Baron let him go.

I have told enough of the plot.  The ending was just great and anybody who ever loved somebody in a novel will relate to it, I know I did. 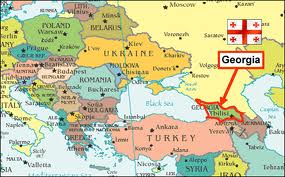 I read this story in Best European Fiction 2013.  I expect to get 25 of the 196 countries from stories in this anthology.

This is the first in a series of what I hope will be 196 posts.

I would also like to publish 196 short stories by writers from each of the world's countries.  I realize this is near impossible but who knows I do have 196 weeks!