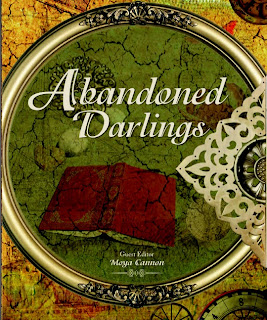 "Susie's house is surrounded by mountains and she likes to hike in them."


There are lots of poems in the collection, I have already read several.  I liked them all.  I have posted on collections of Eastern European poetry but generally speaking I do see much point in posting on short poems one at a time.   The only poets I have read extensively are Yeats and Whitman.   I will thus be posting only on the short stories in the collection.

Trish Finnan has contributed two very interesting short stories to the collection.   I admit when I read them the first time I was reminded of the style of A A. Milne.  Both of the stories center on Susie, who seems like a young child living in a rural setting.  As there are hares and honey beehives in the story it certainly would not make sense set in a mega-city environment.   I also think, though I have not researched it, that the word "hare" is falling into arcane status, and the usage of the term gives the stories and old fashioned tales from the hedgerows feeling.   (I did ask my fourteen year old daughter whose first language is not English and she did know what it meant.)

In "Susie on the Mountain" we find out that Susie likes to go exploring in the mountains near her house.   She has been told it is not advisable to tramp in the woods when the mist is up but she has met a hare who will guide her.   She and the hare have some interesting philosophical conversations, now are we in the world of the wonderland.   The hare gives her guru like advise such as "Your doubt is a kind of precaution against disappointment or fear of disappointment but your excitement has no precaution in it.   The two are like a balance, a pair of scales".   OK our hare has read a few koans.  This is a very interesting story and I greatly enjoyed the conversations with the hare.  I liked how Susie's perception of the hare changed as she got to know him more and how, still staying in a young mind, tried to understand what he was saying.  This is a first rate interesting and entertaining story.

"What is the opposite of worry?' the honeybee asks her.  Susie wrinkles her brow and considers all the possibilities:  courage, fearlessness, and then it comes to her.  'It must be life',
Susie says.  The Honeybee smiles at her reply"

"Susie and the Giant Honey Jar" seems to be a child's story but it would be a wise child, and there are many such persons, would have to think to understand its meaning.   In this story Susie gets in a conversation with a honeybee, a sadly endangered species.  Just like in the first story, Susie gets into a Zen puzzle like conversation with the honeybee from which both parties derive edification.  This was fun to read and shows a lot of talent.

I enjoyed both of these stories a lot and would for sure read more about the adventures of Susie.

You can learn more about Abandoned Darlings on their Facebook page.

I will next post on a story by Mark Ryder.