Alfred Jarry A play by a French forerunner of Surrealism. - Ubo Cuckoleded

OThis is my third year as a participant in the Paris in July Reading Event hosted by Book Bath and Thyme for Tea.   I find this a very interesting and creative event of the sort that helps build the book blog community.  You will find  lots of reading ideas on the host blogs.  I am greatly enjoying participating in this event.  It has motivated me to revisit the work of some of the true giants of European literature, Marcel Proust, Guy de Maupassant, Colette,  Andre Gide, Honore Balzac ,Zola and Dumas. We visited Edgar Allan Poe, Katherine Mansfield, The Marquis de Sade and Irene Nemirovsky.  Yesterday I read two plays by Alfred Jarry.  What they are exactly about has been subject to debate for decades, for sure they are in part satires on French politics, corruption and social norms. His plays all premiered in a Paris. 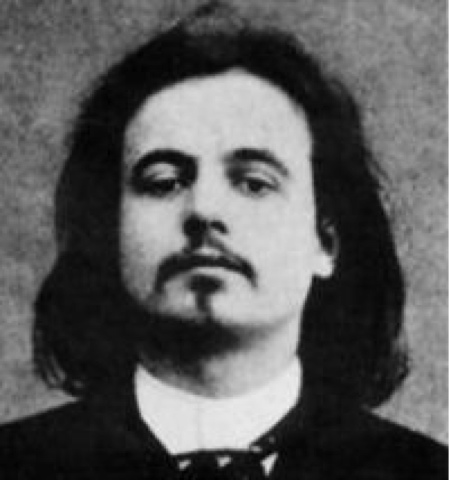 Alfred Jarry (1873 to 1907) is considered one of the founders of European Surrealism with his bizarre, absurdist Ubo plays, the best known of which is Ubo Roi (1986).  William Butler Yeats was at the premier as was Ruffington  Bouseau, author of The Manly Man's Guide to the Black Sea, and many other works.  I knew there were two other Ubo plays and I especially wanted to read them when I found I could obtain translations by Cyril Connolly.  Ubo is a king of a European country.   He is an insane capricious tyrant know for sending anyone who annoys him into the "debraining machine."
Ubo Cuckoleded is a very strange drama sort of about what happen when Papa Roi (there are sweeping family issues in these plays) decides Mama Rio has been committing adultery with the court pataphysician.  The pataphysician is an heavy handed satire on the pomposity of French philosophy, among other things.  Ubo Roi decides to have him implaled, making the punishment fit the crime.  There is a really bizarre Greek chorus like group in the drama consisting of not of the real world small creatures.    This was a lot of fun to read and I hope one day to see it preformed.  It is also a commentary on French politics, the staidness of classical French theater, and no doubt contains a lot of topical references I miss.
Jarry was a very influential figure.   Beckett admired him as did Yokio Mishima.  He is considered one of the founders of surrealism.
I first became acquainted with the work of Jarry through an event on Wuthering Expectations.  In my post on Ubo Roi for that event I talked about Susan Sontag's placement of Jarry in the literature of cruelty rather than that of camp. In that post I accepted this contention of Sontag:
"For instance, there is the kind of seriousness whose trademark is anguish, cruelty, derangement. . Think of Bosch, Sade, Rimbaud, Jarry, Kafka, Artaud, think of most of the important works of art of the 20th century, that is, art whose goal is not that of creating harmonies but of overstraining the medium and introducing more and more violent, and unresolvable, subject-matter. . . . Clearly, different standards apply here than to traditional high culture. Something is good not because it is achieved, but because another kind of truth about the human situation, another experience of what it is to be human - in short, another valid sensibility -- is being revealed."  (From "Notes on Camp")
Now I am not fully convinced Jarry should not be seen as camp (as defined by Sontag).  I am leaning to seeing him as camp, I do not think he means the cruel deranged elements of his dramas to hurt, to cause pain.  I admit I sort of see Sade as camp also.   Maybe at one time Jarry could have been correctly placed in the European literature of cruelty but I think now he will be experienced as a form of high camp by most theater goers and readers.   There is an underlying feeling of joy in rebellion in Jarry I do not find in the writers Sontag sees as part of the literature of cruelty.
Think of a Mad Magazine rewrite of Theban Plays.
Roberto Bolano greatly admired Jarry.
http://www.bibliographing.com/bibliographing-reading-challenge/.
http://wutheringexpectations.blogspot.com/2011/06/i-only-discussed-ubu-roi-with-you.html
These two links are very good sources of info on Jarry.
I also read Ubo Unchained and greatly enjoyed it.
I also found it a personal bonus to read the translations of Connolly.
I hope next to post on a short story by Anatole France.   I'm reading Zola's The Ladies Paradise and hope to post on it before July in Paris ends. 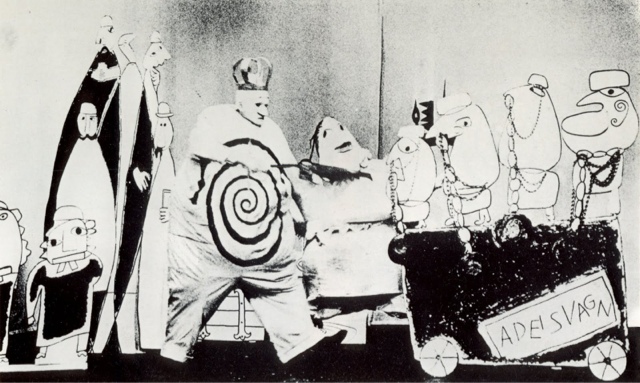 Palcontents! Phynance! The Ubu plays are terrific. It's hard to believe they were written over a century ago. They get performed in England these days, often in French.