This is my third year as a participant in the Paris in July Reading Event hosted by Book Bath and Thyme for Tea.   I find this a very interesting and creative event of the sort that helps build the book blog community.  You will find  lots of reading ideas on the host blogs.  I am greatly enjoying participating in this event.  It has motivated me to revisit the work of some of the true giants of European literature, Marcel Proust, Guy de Maupassant, Colette, Alfred Jarry,   Andre Gide, Honore Balzac ,Zola and Dumas. We visited also had visits from Edgar Allan Poe, Katherine Mansfield, The Marquis de Sade and Irene Nemirovsky.
This is my last post for the event.  I hope it will continue in July 2014 and I hope I am able to once again participate. 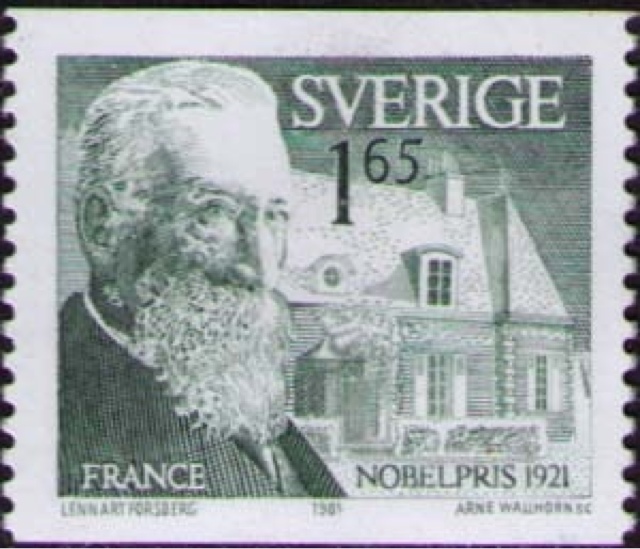 Anatole France (1844 to 1924, Paris) won the Nobel Prize in 1921.  He was a very prolific writer in numerous genres, including the short story.  He was considered one of the profoundest thinkers of the time and his opinions were sought out on many social and political issues.
"Satan's Tongue Pie" (1897) is a very short parable style short story.  Tongue pie was one of the delicacies of French cooking.  The story is basically a conversation about where to find the best
Tongue. France was a sharp critic of the Catholic Church and this comes out strongly in this story.  The story is set in Hell (evidently not far from Paris).  Satan is not feeling well.
"SATAN lay in his bed with the flaming curtains. The physicians and apothecaries of Hell, finding their patient had a white tongue, inferred he was suffering from a weakness of the stomach and prescribed a diet at once light and nourishing.

Satan swore he had no appetite for aught but a certain earthly dish, which women excel in making when they meet in company, to wit, tongue-pie.

The doctors agreed there was nothing could better suit His Majesty's stomach.

In an hour's time the dish was set before the King; but he found it insipid and tasteless.

He sent for his Head Cook and asked him where the pie came from.

"From Paris, sire. It is quite fresh; 'twas baked this very morning, in the Marais Quarter, by a dozen gossips gathered round the bed at a woman's lying-in."

Satan's cooks debate about where the best tongue pie is made. I think "tongue pie" has several double meanings.  One of them is trouble caused by gossip.   This is a fun story to read, not great literature by any test but clever, witty, and pointed.
You can read it at the link below
http://www.online-literature.com/anatole-france/jacques-tournebroche/6/
"Five Fair Ladies of Oicardy, Poitou, Touraind, Lyons, and Paris" (1897) is another fable style story.  It is set in 18th century Paris.  It is the story of what was known as a "go between", normally a woman who would approach women acting as an agent for a wealthy man inquiring if she would become his mistress in exchange for financial support.  Basically she was a pimp. The agent approaches women from five different cities.  Here is how her search starts
""The procuress knew, by having seen them at Mass, five ladies of an excellent beauty,--natives the first of Picardy, the second of Poitou, the third of Touraine, another from the good city of Lyons, and the last a Parisian, all dwelling in the Cite or its near neighbourhood.

"She knocked first at the Picard lady's door. A maid opened, but her mistress refused to have one word to say to her visitor. She was an honest woman.

"The procuress went next to see the lady of Poitiers and solicit her favours for the gallant knight. This dame answered her:

"'Prithee, go tell him who sent you that he is come to the wrong house, and that I am not the woman he takes me for.'

"She too is an honest woman; yet less honest than the first, in that she tried to appear more so.

OK take a wild guess where the woman who says she is available on Wednesday when her husband is working out of town is from.
You can read this story here.
http://www.readbookonline.net/readOnLine/16281/
I am not sure if Anatole France is still much read.  I enjoyed reading these two stories. 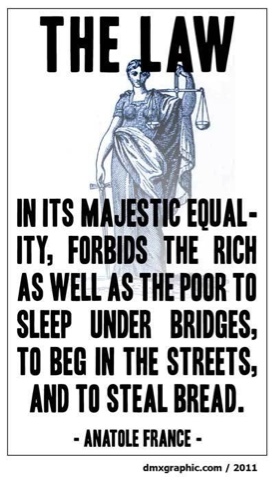 Yeah, not many readers, yet I had good luck with him a couple of years ago, and every time I read more about his work, as with your post, he sounds pretty good.