The Japanese Literature Challenge 7. "The No Fathers Club" by TomoyukiHoshino (2006) 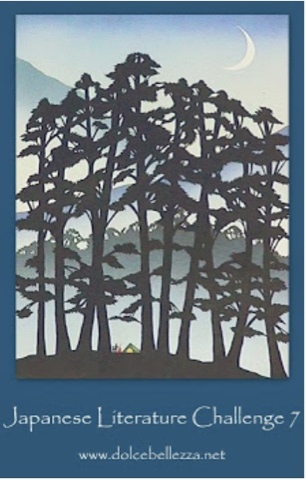 In July 2009 I first participated in Dolce Bellezza's Japanese Literature Challenge.   I am happy to be participating for the ffifth year.   If you are interested in learning about this marvelous reading area, the  Japanese novel is one of the greatest post WWII cultural treasures, then you will find lots of great ideas on the challenge web page.   Aside from the intrinsic pleasure it will bring you, knowing the literature of more than one countrynwill help you understand others, including what you may consider your literary home.

In my several hundred posts on Irish literature, I have often said, following ideas of Declan Kiberd, Edward Said, and Franz Fanon, that one of the dominant themes of modern Irish literature is that of the weak or missing father.   In his very interesting introduction to Digital Geishas and Talking Frogs - The Best 21th Century Short Stories of Japan Pico Iyer says the title for the collection might well be Absent Fathers and Lost Kids.   Iyer says the theme of the weak or missing father dominates many of the stories in the collection.   Japanese literature, in my opinion, is still working out the consequences of the destruction of the belief system of their culture brought on by their defeat in WWII.    It is not hard to see the connection between this and the theme of the weak or missing father.

"The No Father's Club" by Tomoyuki Hoshino  (1968) is a very interesting story set in contemporary Japan.   As the story begins a group of boys are paying soccer, only there is no ball.  They supply one with their imaginations.    Soon the boys find they have something else missing in their lives, a father.  Some of their fathers are dead, some just left, and some were just passing strangers.  The boys and girls of the neighborhood form a No Fathers Club.   The only strict requirement is that you have no father.   Soon they are all intensely talking about their imaginary fathers.   A strange couple is formed who propose their fathers should meet.   I found this a very interesting story. 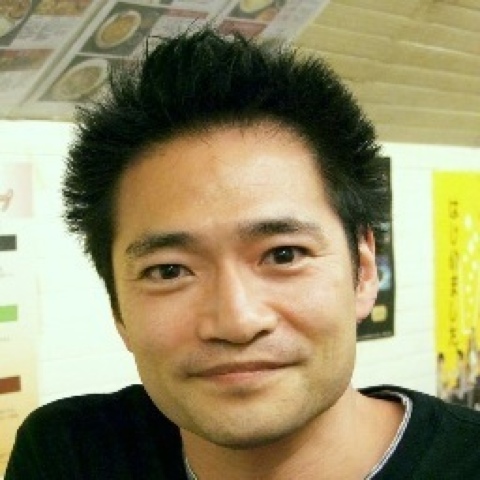 Born in Los Angeles in 1965, Tomoyuki Hoshino returned to Japan with his family before his third birthday and spent the next twenty-three years living in the greater Tokyo-Yokohama area.  After graduating with a degree in literature from Waseda University in 1988, he worked for two years as a journalist for the conservative Sankei newspaper.  He left that job and Japan to study abroad in Mexico from 1991-92.  After briefly returning to Japan, he received a Mexican government scholarship and resumed his studies in Mexico, where he stayed until August of 1995.  From 1996-2000, he tried his hand at writing subtitles for Latin American and Spanish films.


His debut novel The Last Gasp was published in 1997 and awarded the Bungei Prize. His second novel The Mermaid Sings Wake Up was published in 2000 and awarded the Mishima Prize. In 2003, he was awarded the Noma Bungei award for Fantasista, a collection of three novellas. His other book-length works include Naburiai (1999), The Poisoned Singles Hot Springs (2002), Lonely Hearts Killer (2004), Alkaloid Lovers (2005),A Worussian-Japanese Tragedy (2005), The Tale of Rainbow and Chloe (2006), We, Kittens (2006), The Examination Room for Plants (2007), Dokushin (2007), Mugendô(2007), and Suizoku (2009).
From 2004-2007, he taught creative writing at Waseda University.  He continues to write short stories, novels, and novellas, as well as essays and guest commentaries for newspapers and journals on topics ranging from sports to politics.  In 2006, the literary journal Bungei dedicated a special issue to Hoshino's writing that includes interviews, commentaries by other writers and critics, and the short story “No Fathers Club.”
In addition to his time in Mexico, Hoshino has traveled widely throughout Latin America, as well as Spain, Taiwan, Korea, the U.S., England, and India.  He has participated in Writers' Caravans with authors from India and Taiwan, and he continues to forge ties with his literary counterparts elsewhere in Asia in particular.  His fiction has won him the admiration of notable figures such as the celebrated Korean poet Ji-woo Hwang, who urged Hoshino to continue writing literature with "great depth of feeling."
Hoshino is also an avid soccer fan and amateur player whose commentaries on the game (including the politics of the 2002 FIFA World Cup co-hosted by Korea and Japan) have attracted a following independent of his fiction.

That was quite interesting. Very insightful