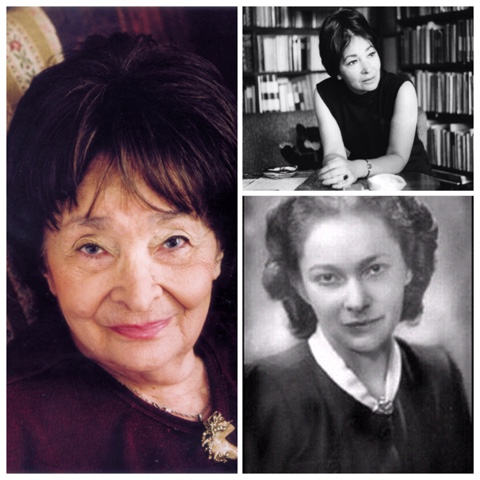 Katalin Street is the third novel by the great Hungarian writer, Magda Szabo (1917 to 2007) I have so far had the very real pleasure of reading.  I read her The Door in May of 2015, last year I read Iza's Ballad. All three works were translated by Len Rix and published by The New York Review of Books.

Katalin Street begins a bit before the World War Two.  It is a gracious place where Jews and Christians have long peacefully lived in close proximity.  The novel shows us how the Nazi take over impact the lives of three intertwined Katalin Street families, one Jewish and extends up to Soviet style Budapest in 1968.  During the war the Jewish family, the father is a dentist, are deported to a concentration camp.  What happens to them is never spelled out and we see the other two families try to deal with the guilt of this.  The central plot action focused on the son of one of the families, he goes on to become a doctor, and his relationship to the daughter of another family.  They enter into a troubled marriage, damaged by the serial infidelity of the husband, preying on his female patients.

Katalin Street is very much worth reading.  For sure The Door, her most powerful work, should be your first Szabo but I suspect it will leave you wanting more, as it certainly did me.

I read in the very well done Guardian obituary that she died, age 90, in a comfortable chair with a favorite book in her lap.

In the interest of full disclosure I was given this book, and many others, by The New York Review of Books.