"Whenever I Sit at a Bar Drinking Like This, I Always Think What a Sacred Profession Bartending Is". - A Short Story by Ryu Murakami (Ausust, 2004)


You Can Read the Story here 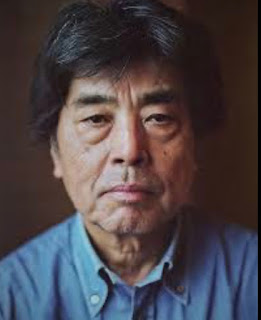 Works I have So Far Read for Japanese Literature Challenge 11

1. "The Children" by Junichiro Tanizaki
2. Beasts on the Way Home by Kobe Abe

"Quitting my job to become a writer brought about three big changes in my life. I got famous. I got rich. And I got fat." Ryu Murakami

For  The July Literature Challenge in 2010 I read my first work by Ryu Murakami, Coin Locker Babies.  Here are my opening thoughts on this very entertaining novel. (If made into a movie, it would be near X-rated.)

Ryu Murakami (1952-not related to Haruki Murakami) has played in a rock band and had his own talk show on Japanese TV.    He is best known for several novels that depict alienated people in their teens and twenties from the darker side of life in Tokyo.    He is a tremendous commercial success.

Many have the image of the Japanese novel as depicting a world of extreme refinement and high culture in which hours are spent talking about the color patterns in a favorite kimono, the old days before WWII, the nuances of puppet theater and family ties that go back a thousand years.   There are a lot of beautiful wonderful novels that do just that in a masterful way.    If a man in one of these books has an extra-marital encounter it is with a geisha of the highest standing.   In Coin Locker Babies it is with an unknown woman, man, or ? in an alley with no names exchanged while they are observed by the denizens of Toxic Town who yell out their comments on the looks of the woman.   A lot of people have read some of the novels of Natsuo Kirino such as Real World, Out or Grotesque that depict live among those left out by the prosperity of contemporary Japan.   Many say they find the world depicted in her novels almost too hard to take at times.   Well, life in her works is High Tea at the Peninsula Hotel Tokyo in comparison to life in the world of Coin Locker Babies.     Coin Locker Babies is a 21th Century continuation of the tradition of literature devoted to the Japanese water world of tea shops, geishas, and brothels.  (Prostitution is illegal in Japan but it is defined only as banning the preforming of intercourse for money, either as seller or customer.  This has left open a huge market for other forms of sex for sale.). Ryu Murakami is a chronicler of sex among alienated youth, of stories of school girls searching for uncles to pay for gadgets.  In a way, this world can be seen as part of the consequence of Japan's defeat in WWII.

I was very happy to find his 2004 short story, "When I Sit in a Bar Drinking Like This, I Always Think What a Sacred Profession Bartending Is" online.  As the story opens we are in a bar at a nicer hotel, one that includes foreigners among the clients.  The story is being narrated by a man who often frequents this bar, looking for female sex partners, free if available otherwise business women.  He sizes up the nine people in the bar, it is late, he says they are all "looking for sin". Professionally the man is a producer of TV documentaries, focusing on the slums of the world's mega cities. He uses his experiences to talk to women in bars. The man has a legal problem, a former mistress is suing him for damages, claiming he lead her to believe he would provide permanent support only to drop her.  The man's attorney has told him if he can establish he has rendezvous with other women in the hotel he could claim his relationship was just casual sex.  He asks a another woman, now in the bar, also a former mistress, to testify he had sex with her in the hotel and this will get him out of trouble.  The woman agrees but she wants something in exchange, after castigating him for his philandering, his refusal to leave his wife and marry her.  She wants him to use his TV contacts to introduce her to a very famous Japanese baseball player.  Now a daisy chain begins when his TV contact says OK we can do that but he wants a cartoon of super expensive cigarettes.  The cigarette contact in turn wants something and so on.  This is pretty much a PG rated story, fun to read.

Ryu Murakami's writing can be quite graphic and gut wrenching, in my opinion.

Thanks for reviewing it here for us.