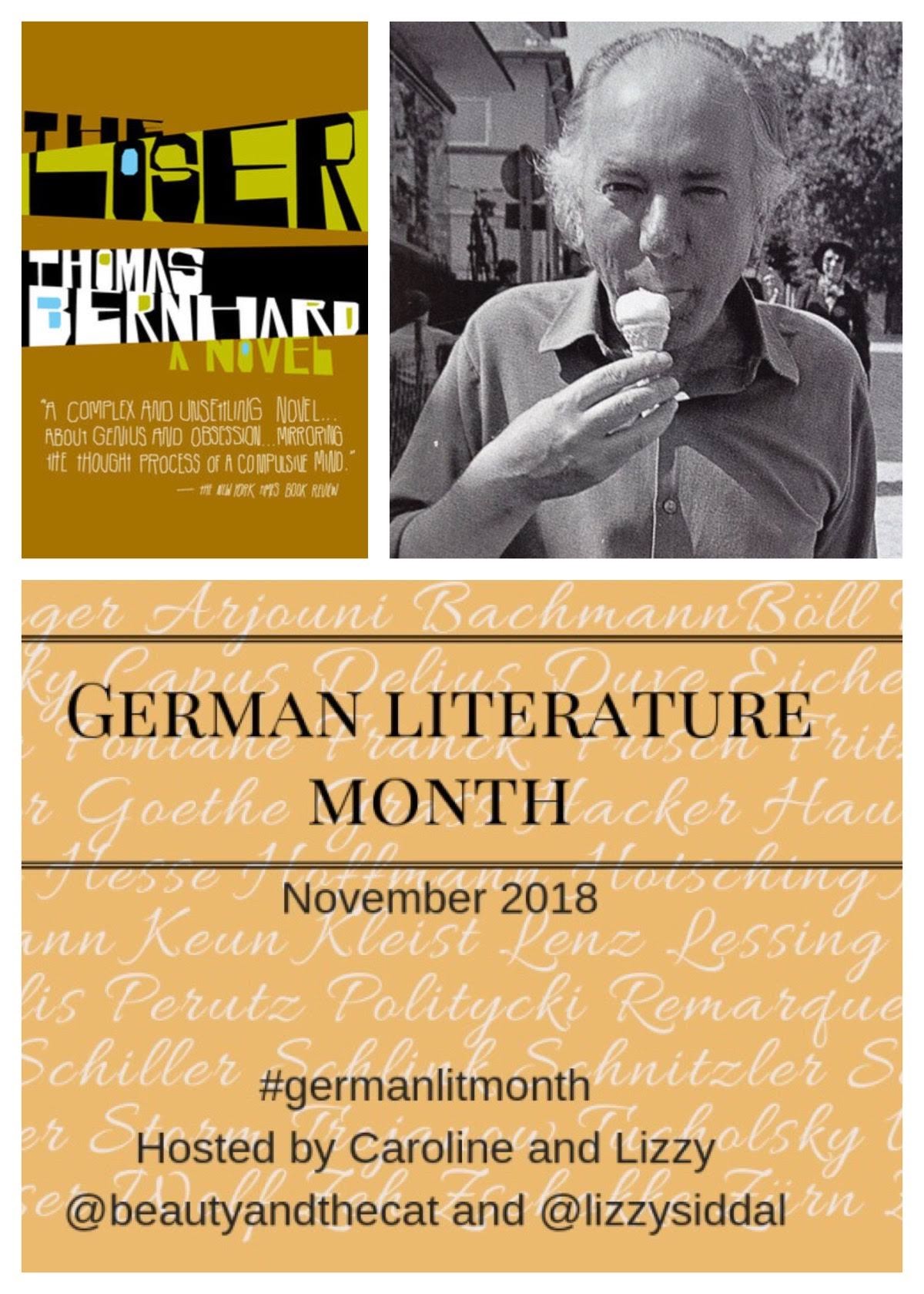 Born 1931 in The Netherlands

Died 1989 in Austria by assisted suicide,

Wittgenstein’s Nephew was my first encounter with the work of a man many consider Austria’s greatest post World War Two novelist, Thomas Bernhard took place during German Literature Month in November of 2014.  Since then I read, in this order, Woodcutters, Gargoyles, Concrete, and Extinction.  After adding Loser to my read list, there remain two novels translated into English and available as Kindles I have not read, Frost and Lime.  I decided to read Loser this year as I found it a while ago on sale for $1.95. (It is now back up to $11.95.

All of his novels are long monologues, very long, mostly of a man, never a woman, thinking about events, people, whole countries, especially Austria, his family, old acquaintances, all of which he holds in near total contempt.

As is common in his works, the narrator of The Loser has a significant inheritance, of course he has no gratitude for this.  There are two prominent off-stage persons in the monologue, the Canadian piano virtuoso Glenn Gould and an acquaintance of the narrator.  Both the narrator and his friend aspired to be concert pianists until they heard Glenn Gould play.  They knew they could never approximate his work.  The narrator never really found any direction in his life, his friend became a piano teacher.  The Loser is a refracted reflection on genius, on music, suicide, and a number of other random topics.

The long monologue is interesting, you can slowly recover the actual events of their lives if you read carefully.

I enjoyed The Loser.

Thomas Bernhard is not for everyone.  His narrators may bore some.
I will, I hope, eventually read the remaining two of his books still on my list.

This sounds fascinating indeed. I do appreciate the idea of needing to assemble the story-behind-the-story.

I can't read too much of Bernhard in one go, but I have to admit I do have a lot of sympathy for his critical view of Austria (although I also love it very much, having spent nearly all of my childhood there).