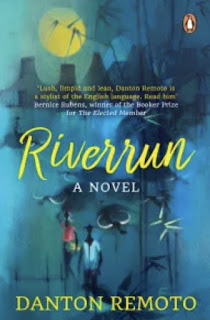 #globalpridelitmonth: an interview with Danton Remoto

I love this book.m  I give my great thanks to Elaine Chiew, I have featured her work numerous times, for turning me on to this novel.

Riverrun is set in the era of the Marcos dictatorship in the Philippines (1965 to 1986).  Marcos was

not driven by ideology  or ethnic  hatred but by a desire to enrich himself and his wife Imelda.  He would, however, use deadly force on anyone brave enough to speak out against him.  Remoto wonderfully shows how this climate of fear impacted  upbringing.  Children were taught to never talk about the government.  ( My wife lived through the era also and she and her siblings were trained not to ever mention anything about  Marcos.)

It is structured as a memoir about growing up in a very Conservative mostly Catholic country in a period when same sex relationships were very much frowned upon while slowly coming to the realization you are gay.  (Even now it takes a prescription to buy a condom.)

The story starts in the south on the

biggest island Luzon, near the Mayon Volcano.  The narrator’s family is relatively affluent, above the abject poverty of millions struggling just to feed their families.   There are several regional recipes scattered through the narrative, something most readers will enjoy even if they probably cannot get all the needed ingrediants. The depiction of the narrator’s early years was just marvelous.  We hear  stories from Filipino mythology told by his grandmother and his yaya.  We are there when he moves to Metro Manila, a tropical mega-City of over twenty million.  As you can imagine this was very much a shock and a sensory overload.  He enters a private military School where “new boys” are subject to  initiation rituals in which they are expected to preform homosexual actions on each other to gain acceptance.

Slowly he begins to discover feelings for other young men.  After his time in the military school ends he gets a grant to study in London.  I have spent a bit of time there and really enjoyed the account of the narrator’s time in London.  He ends up back in the Phillippines.

The rhetorical methodology of Riverrun is very creative.

Riverrun is a celebration of the people of the Phillippines, their ability to endure with a smile twenty typoons a year, dangerous volcanoes,corrupt governments and for better or worse the all powerful Catholic Church.

There are no explicit sex scenes in Riverrun.  In an interview  linked above Remoto says his publisher of the 2020 reissue asked him to add some vivid sex scenes but this would be out of character for narrator so he added two very mild interludes.

I give my unreseved endorsement to Riverrun.  I cannot

imagine any literate and curious reader not loving it. 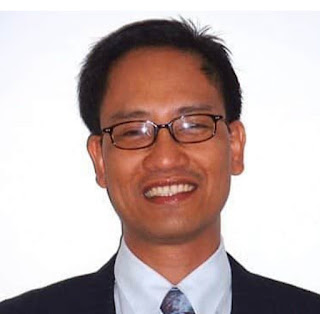 Danton Remoto is a writer, educator, media personality, and the founder of Ladlad, the LGBTQ political party of the Philippines. His novel, Riverrun, about a gay young man’s coming of age in a military dictatorship, is one of the first gay novels — if not the first gay novel — published in the Philippines. Originally published in 2015, a newer global edition is now being printed by Penguin Random House SEA. There is more information on his website.

Mel,
This book does sound interesting. I haven't read many (any?) books set in the Philippines. I will keep this one in mind.

This sounds SO good, Mel. Thanks for the recommendation. (It's not in the library right now. At least, not in English translation; there are two of his books in Tagalog. Maybe I'll have to learn! LOL)