Indian Literature on The Reading Life 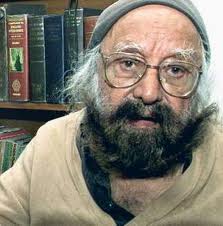 A Darkly Humorous Look at Life Under the British Raj

Khushwant Singh (1915-Hadali, Khushab, British India-now Pakinstan) is one of the best known Anglo-Indian writers.   At ninety six years old (I think he still has a weekly newspaper column) he is one of the  premier Anglo-Indian authors.   He was born into a Sikh family and initially pursued a career as an attorney.    He was driven to begin writing in a reflective often acerbic way about life in the Indian subcontinent by his experiences of the 1947 Partition of India.   He was very traumatized when just prior to the Partition of India he encountered a platoon of soldiers of his faith who boasted to him that they had just completely massacred a  peaceful village of Muslims, men, women and children.   I am glad I found a collection of his short stories online at Google Books.   I enjoyed the works I read, all were very intelligent, highly perceptive and in some cases, wickedly funny, perfectly written stories that I think most potential readers would really enjoy.   He has published over twenty five books so this is just a very small sample of Singh's work.  (There is more information on him here.)

"Karma" is very acid, almost cruelly funny story about Sir Mohan Lal, a man who is portrayed as being in love with the British and every thing about their culture. He can be said to be an Indian version of "Uncle Tom".    He regards anything Indian as inferior.   He sees anything from India as stupid, dirty and inefficient compared to an English counter part.   This contempt extends to the people of India and his own wife.   You can almost feel the bloated way he insists to himself that he is "Sir Lal" and he is sure the English see him as their equal.     He and his wife are going on a train trip.   His wife does not feel comfortable in the first class cabin that Sir Lal insists he must ride in so she rides in the back in second class.    Two English soldiers board the train in the first class section.   They are very annoyed when they see Lal in the compartment.   He tries to speak to them but they cannot figure out what he is saying (the English soldiers are from the bottom rank of society based on their dialect).   The soldiers look upon him almost as if he were a monkey trying to speak English.  Then one of them says "throw the  nigger off the train".   The next thing "Sir Lal" is seen face down on the train platform as his astonished wife looks out on him from second class as the train pulls away.

"Portrait of a Lady" is a much gentler story.   It looks at the very long term relationship of a young man to his grandmother.   It is beautifully done and gives us a good look at family life and the falling away of cultural traditions.   There are deep layers of irony in the title's echo of Henry James.

I will post on  more of his stories in November, I hope.

If you do a search you can find these stories at Google Books.

Please share with us your experience with South Asian short stories.

As usual you will dig deep for some good books - I have read one of his books which was quietly sarcastic about the British Raj which I found I had to read on and on without stopping. These two short stories are new to me.

Khushwant Singh is a fantastic writer with a distinctive writing style that keeps the reader engaged. Over the years I've enjoyed his books, essays and columns even though I might not have always agreed with the subjects he writes on.

I didn't recognise the title of the first one, but with your brief outline of "Karma" I knew I'd read it, and it was one of those stories that struck me forcibly enough to stay with me for awhile. I studied it in school, I think.

And the mentality that Lal seems to have...it's still prevalent in many ways and many degrees in India... not necessarily for the British but for the West on the whole. Sad but true.