"To Build a Fire" by Jack London 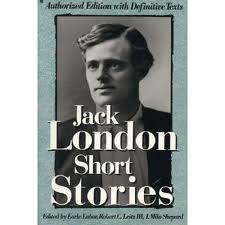 Jack London (1876 to 1916-San Francisco, California, USA) is best know as the author of Call of the Wild and White Fang.   London is firmly in the tradition of journalist and travel adventurer turned author.   Many of his books and stories are set in the frozen wastes of upper North America.   His style is simple straightforward prose.


"To Build a Fire"  has been recommended to me several times as a short story I should read.   It is according to my limited research the most famous of London's numerous short stories.   (There is a good background article on London's interesting life and career here.)


"To Build a Fire" takes place in the Yukon, in far northern Canada.   It is a very cold day, -75F and -60C, cold enough to kill a person in just a few minutes if they are not prepared.    There are really only two characters in the story.   The first is a man relatively new to the Yukon who went out on the trail alone, contrary to the advise of the more experienced.   The other character is a husky dog (a wolf like looking working dog bred for very cold conditions).


The plot is pretty simple.    I will not say too much on it so as not to spoil it.   It is about the troubles the man has when his camp fire goes out and he cannot relight it.   Here is a sample of his prose:


"The man flung a look back along the way he had come. The Yukon lay a mile wide and hidden under three feet of ice. On top of this ice were as many feet of snow. It was all pure white, rolling in gentle, undulations where the ice jams of the freeze-up had formed."


"To Build a Fire" is worth reading and I am glad I have now done so.   It is kind of a "macho man" type of story one often finds in American journalists turned literary.


You can read it online HERE.

"Macho man"? It's a story that deals with nature at its most extreme and the results of not taking it seriously. If it's about a macho man, it's about the stupidity of that sort of thinking/behavior.

In short, "To Build a Fire" is one of the greatest short stories ever written.

London does a fantastic job of building tension--the man has to get a fire started--and yet there's the growing fear that he might fail.

The prose is spare, clean, direct. No wasted words.

"It is kind of a "macho man" type of story one often finds in American journalists turned literary."

Ah sir, I fear that you fail to do it justice with that dismissive comment.

I remember reading this in an anthology. The Sea-Wolf is also a great "macho" novel.

Jack L. is one of those writers you love, or don't. I'm in the latter camp. Just not my favorite subject matter.

I will read this one!

Nan-good point and I understand fully

read some London years ago & didn't really get him, have not tried since.

One thing I remember about this story is how it showed so clearly the dangers of nature. Vividly the many ways that the man could die and how crucial that fire was.

I tend to agree with what Fred says about the story showing the carelessness of overly macho thinking. The man was warned by some old timers not to go out alone when it's too cold, and he dismissed their fears as "womanish" - but then he comes to appreciate their good advice...