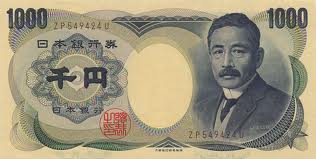 Natsume Soseki (1867 to 1916-Tokyo) is one of Japan's most revered writers (there is some background information in my post on his beautiful 1906 work devoted to a consideration of the nature of art, Kusamakura).    His most blogged about book is I am a Cat.   He is considered the first "modern" Japanese novelist of import.

I found Koroko to be a very intense, rich work.   The plot is fairly simple.   A young man from a decent well off family is almost out of the university.    He meets an older man, maybe late thirties to mid forties and develops a friendship with him that borders on obsession.    He ends up moving in with the man and his wife.   The man has the means from some unknown source to live modestly without working.    He is very reticent to tell much about himself and his past.    The younger man develops a kind of relationship with the wife (nothing improper) and she seems to be the first non-family female he really knows.   He gets a letter from his mother saying to come home as his father is very sick.

While he is home we learn something about the young man who now happily has his degree.   His parents want him to get a job, maybe as teacher, like his brother.   The father has his good and his bad days.   The student gets a letter, a very long one, from his friend.   His mother hopes the man will help him secure a job.

The relationship of the two men is not easy to understand.   I found no elements of eroticism in their relationship but the younger man is totally obsessed with his friend and now his wife.

In the letter the older man tells his friend that when he was about his age an uncle cheated him out of most of his inheritance, leaving him only enough to live modestly.   While a university student, he moves in a rooming house and falls in love with the owner's daughter.   In the mean time he persuades his friend to move in also to help with expenses.   K falls in love with the daughter also.   K confess his love to his friend who is very shocked and extremely jealous.   He proposes marriage to the daughter and shortly after this K kills himself.   (In the start of the letter the man, who the younger man calls "Sensai", tells him that when he gets this letter he will have killed himself).  Now twenty or so years latter the Emperor of Japan dies bringing to end the Menji era.   This prompts the very publicly followed suicide of a famous Japanese general in atonement a military blunder  in the Russian-Japanese War, even though the Japanese won the war.     The younger man is Sensi's only friend and he wants him to understand why he feels he must take his own life.

Koroko is a very interesting work.   It has a lot to tell us about transition of Japan from a traditional society to a western based one.   It is a subtle exploration of the relationship between men and women.   The wife is a near mystery.   It is about family ties and guilt.   Koroko is about the terrible price people can pay if they never develop their own identity.

I will next read Soseki's Botchan, required reading in most Japanese High Schools.

I have this on my Nook, bought with the intention of reading along with Tanabata, but too much is on my plate right now. I liked your review, though, giving me an indication of what to expect. I also was glad to learn that Botchan is required reading for High School students in Japan. I really want to read I am A Cat someday, too.

Ah, Kokoro. The English version made me cry as a teen (and I don't cry easily), and I think I'll reread it in Japanese soon. Glad you liked reading Kokoro as much as I did from the looks of it, and I'm looking forward to your review of Botchan (which I'm wondering if I should read or not).

I've Botchan on my TBR & am working on a post based on Oxfords VSI Modern Japan that covers The Meiji Restoration, making this book of profound interest. Thanks.
PS, have you read or come across Kenji Nakagami in your reading?, again thanks great post.

It's an interesting book, but very different from his early work, much darker...

This sounds quite interesting--all these "obsessions". Excellent review!