"The Bagman's Pony" by Edith Somerville and Violet Martin


Irish Short Story Week Year II
March 12 to March ?31
A Story by a Team of Writers known as Martin Ross 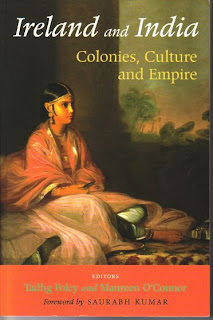 In 1903, there were 35,712 men from Ireland serving in the British Army in all Irish Regiments, many in India.


Please consider joining us for Irish Short Story Week Year Two, March 12 to March 22.   All you need do is post on one short story by an Irish author and send me a comment or and e mail and I will include it in the master post at the end of the challenge.

Irish Short Story Week, always set around St. Patrick's Day (March 17 this year) will be from March 12 to March 22.   Last year a total of about 60 different stories were posted on by people from all over the world.

Edith Somerville (1858 to 1949, Corfu) and her second cousin, Violet Martin (1862 to 1915, County Galaway) who wrote under the name Martin Ross collaborated on a number of short stories and novels, mostly about life among the gentry and ordinary people of Ireland.  Based on my brief sample, a lot of the stories center on the central role horses played in the work, social, and gaming life of the Irish in the 19th century. 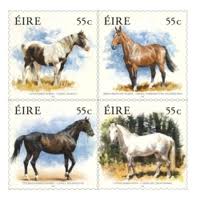 "The Bagman's Pony" is a very interesting story.   It is set not in Ireland but in the Delhi region of India.  The central characters are Irish Officers serving in the British Army in India, along with their servants and camp followers.   The social life and for sure the heavy gambling of the officers and soldiers centers pretty much on horse races and horse trading and swapping stories about horse.  A man was supposed to know horses and if he did not he was subject to ridicule.   Nobody wanted to be outdone in a horse trade!    Both of the authors were avid horsewomen.


As the story opens, the narrator, one of the officers, has just been sent a new "bagman" (sort of an all purpose serving man, one who carries your bags) with an excellent recommendation by a friend from his home area in Ireland who is serving in another regiment.    There is a lot about the life of the officers in this story.   The officers are depicted as having a pretty contemptuous attitude toward Indians, referring to them in grossly offensive terms.  I do not know if the authors of the story are simply showing us how the Irish officers did feel about the Indians, if they shared these prejudices or if it is meant as an exposure of racism.


This is actually a fun story to read.   There is an exciting horse race and our lead character who at first was apparently hoodwinked by his absconding bagman but who triumphs in the end in a horse race with the left behind pony of the bagman beating the best horses of the regiment.


This story, a lots of others, was published in a collection of short stories, All Along the Irish Shore.   This story, along with other works by the authors, can be downloaded from Manybooks.


If you have any questions or suggestions about Irish Short Story Week, please leave a comment.