The Irish Quarter
A Celebration of the Irish Short Story 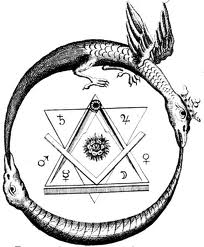 Future Plans for The Reading Life

Bottom Line, The Irish Quarter is not going away.

The Irish Quarter was scheduled to end on July One.   I really do not wish to close the event but I also want at some time to end it as an event with a beginning and close just so I can restart it no later than March 1, 2013 as The Irish Quarter Year Three.  The dated portion of the Irish Quarter will run a bit longer but it will end.   I will permanently be open to guest posts related to the Irish short story

There will from now on be a part, a very big part, of The Reading Life called, "The Irish Quarter".   As long as I maintain my blog, there will be an Irish Quarter where short stories by Irish writers, from those of the 18th century to those published yesterday, have a place of honor.


When I began my event, then called Irish Short Story Week, I planned for ten days, just like I did in 2011.   Now it has expanded to well over 120 days.    It has turned out to be one of the great reading experiences of my life.   I have had a number of mini-events during what I now called The Irish Quarter.  Emerging Irish Women writers was supposed to be from March 23 to March 29.    I have really been overwhelmed with the quality of the stories.  I hope someone will be doing something like this event in 2032 and my guess is several of the writers included in the event will be considered among the great writers of the world.  I know this sounds hyperbolic but if you take the trouble to read the stories I have posted on, with the exception of one story all can be read online, I think you will agree.


Emerging Irish writers will now be a permanent feature of The Reading Life.  Anyone interested in being featured please feel free to contact me.


The Irish Quarter has also taken The Reading Life into an exciting  new area, the publishing of short works of fiction.  So far I have published eight stories by Irish writers and I have several more in queue.  If you are interested in this, please contact me.  You do not have to be Irish to be published.   I will consider original stories and republishing stories.  For those interested I am willing to provide my readership statistics to demonstrate this is a win /win idea.


2.  Cut Through The Bone by Ethel Rohan


3.  The China Factory by Mary Costello


As part of the Irish Quarter I will also post on Mentioning the War:  Essays and Reviews 1999-2011 by Kevin Higgins.


I also will be posting very soon on stories by Danielle McClaughlin, Neal Jordon, Aidan Higgins, and Joyce Cary.


I have in the last few months been in receipt of a number of very interesting  books from authors outside the scope of the Irish Quarter.   I will still read and post on the ones I said I would in emails to the authors and publishers but I overall make no promise to post on a book just because someone gave it to me.   I also need to be allowed to post on the books when I can


My greatest thanks to all of the participants.   Just as I said I would and did last year I will do a post in honor of the participants.   Because there are so many I will have to break to into two or three posts.   The first post will be a spotlight on those in their second year of participation in the event.   I think I will add a permanent post to my blog listing the Irish writers I have posted on, but I am still thinking on this.


I am also going to very soon start another event which will run concurrent with the Irish Quarter.  The event will be "Short Stories of the Indian Subcontinent".   I will talk  more about it soon.


I will also  continue posting on Short Stories of the Philippines   in conjunction with Nancy of A Simple Clockwork.   We are focusing on older stories, mostly at least from fifty years ago.   Nancy knows a great deal about Filipino culture so it is potentially valuable resource  for those interested in the field.


My blog will have its third year blog-a-versary on July 7 and I am sure that will stimulate me to do some posts on the over all future of the blog, as I see it now.

Mel, congratulations in advance for the third anniversary of your blog. Thank you very much for reintroducing me to the delights of reading short stories. I have enjoyed reading your posts over the past one year or so. The "Short Stories of the Indian Subcontinent" event is a terrific idea and I look forward to reading both your reviews and the stories themselves, though I'll have to brush up on my own knowledge of Indian short stories. Good luck to you!

well done on three years ,I ve been loving your Irish stories ,all the best stu

congratulation for the 7th & your third year blog-a-versary, will be interested in where you're taking the reading life next.

Congratulations on both your third year anniversary and to the success of The Irish Quarter. You've come a long good way. I am thankful to you for introducing me to more Irish short story writers and adding fire to my love for short stories. Also, thank you for the mention. I look forward to continuing our project on Philippine readings. I look forward to the Short Stories of the Indian Subcontinent.

Congratulations, Mel, on maintaining such a wonderful blog. I'm constantly returning to it and finding new work and rediscovering work I'd previously read in new lights. I look forward to more!

Prashant C. Trikannad-thanks so much, your continued readership is very important and gratifying to me-

Nancy-thanks so much, of the 1129 posts on my blog, number five and seven are from our project-if the readership trends continue the Brother Leon story will become my most read post of all times