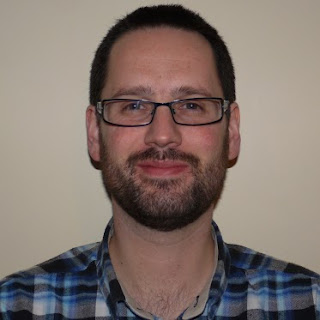 Graham Connors is thirty years old and has previously been published in wordlegs magazine, 30 Under 30 (both e-book and paperback editions), Allegory magazine, Under Thirty magazine, The Bohemyth, The Lit Garden, Link magazine and long-listed for the Doire Press International Chapbook competition. He is the founder and editor of Number Eleven Magazine as well as contributing editor for the Dublin Informer newspaper. He successfully staged his first play, ‘The Mortal Pitch’, in both Wexford and Dublin.  He is from Gorey, in Co. Wexford but has lived in Dublin for the last ten years.  Someday he’ll find his way back home.

A Very Interesting Q and A Session with the author

Ger unfolded the two A4 sheets of paper he had stashed in his top pocket and glanced over them, skimming the words but not reading.  He refolded the pages, pressing them between his clammy palms and listened to the sounds of the crowd filling the auditorium.  He closed his eyes and took a moment, letting the noise of the room wash over him and asked for a little strength, just enough to carry him through this. Silently and almost unknown to himself he started to pray, a quick run through of the Our Father.  He crossed himself and turned around stepping in behind the heavy curtain of the backdrop, ready to take his position with the other members of the panel.

With all of them now lined up, Ger took a moment and peeked through a crack between the curtains out at the auditorium.  Two hundred people or more had taken seats with ushers placing an extra line of chairs along the edge of each aisle and one more row at the front. Janette, the coordinator, flitted forward and back across the room, checking little details.  She watched as one usher busied himself fixing a large banner that lined the far wall.  It sagged in the middle, almost folding over itself, obscuring the words. The usher released one cord and pulled on a second, straightening the lie of the banner, trying to get it flush against the wall.  Ger caught his name, ‘Ger Donohue’, in big bold letters on the bottom of the banner.  He never thought he’d see the day where people would come to hear him speak.  Of course there were others too, parents and psychiatrists and experts in various fields lined up on the panel just like he was.  They wore impeccable dark suits, finely polished shoes; the women with their hair neatly bunched to the back of their heads, the men with cleanly shaven faces.  Ger was dressed out of Penney’s; the only thing not new was the 10-year-old grey corduroy jacket that was now a little tight across the shoulders.


Janette took to the stage, the crowd hushing themselves as her shoes clicked across the floor.  She spoke for a few moments, welcoming everyone, introducing each speaker as they sat on the panel.  Ger was last.  He thought of Darren.  He thought of him regularly, every day, maybe several times a day and as he pressed his palms flat together, his folded up speech between them, he hoped that his son was thinking of him right now.  Studying the auditorium Ger saw that the ushers finally had everyone seated and the banner the way they wanted it.  The Annual Conference of Suicide Awareness and Education it read, in beautiful white letters on a light blue background.
*


Each speaker, and there were nine of them, spoke for fifteen to twenty minutes, some taking questions from the crowd.  Ger was a parent, as was the woman in the middle of the panel and they were here to speak about their sons and daughters - their own experiences.  The woman, June was her name, spoke about her daughter Heather.  As she spoke the crowd nodded along with her, agreeing and sympathising with everything she said.  She cried twice as she spoke, taking a moment or two to compose herself, apologising to the crowd in strained, tearful sobs.
The water bottles on the table shook as June finished speaking; a wave of applause rolling across the auditorium and she thanked the crowd, her eyes red and puffy.  Ger looked down the line as she sat and caught her eye.  He smiled wanly, not knowing how else to say, ‘Well done, I’m sure she’s proud of you.’  He hoped she knew what he was trying to say, that he was not congratulating her on speaking well, just on speaking in the first place.

Ger stumbled over his last few words and wept as he stepped away from the microphone, little streams of tears coursing down his cheeks but he did not care.  As he watched the auditorium he heard a lot of things, the clamour of voices, of hands clapping, of people moving about and getting to their feet.  But through all this noise, he was sure he heard two things distinctly.  He heard his wife, her gentle whisper as she told him she was proud of him.  The other, as he stepped back to his seat, the room swirling in what seemed like slow motion, was his son’s voice.
Thank you, Dad.

I thank Graham O'Connor for allowing me to share this story with my readers. It is protected under international copyright law and cannot be published without the permission of the author