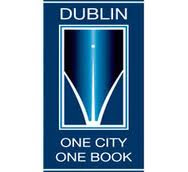 Every year the Dublin City Council picks what is know as the One City One Book Pick.  (You can learn more about the project and see the books from the previous year here.)   This year's pick is Strumpet City by James Plunkett, a sweeping historical novel set in Dublin from 1907 to 1914, reaching its peak during the time of the infamous 1913 lockout of workers by employers which was meant to break the unions. A lot will be posted on the novel on The One City One Book Web Page so I will just keep my post brief.

For me the greatest thing about this novel was how it let me not just intellectually process statistics on poverty in Dublin in the 1910s but to be able to really see how hard life was then for the average person in Dublin.  At the time of the novel, according to other writers, Dublin had the biggest brothel district in the world (if you change this to the biggest brothel district outside of India I would say this is probably true) and a death rate far above London's.

There just is so much in this novel.  We get to know well a 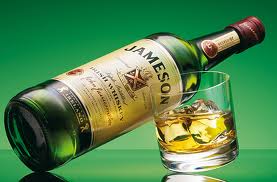 number of people from a well meaning but perhaps ineffectual cleric, to house wives lucky to have any food to put on the table to well off business owners.  Whiskey is the life blood of Dublin, nothing happens without its presence.  We are not talking about Jameson Gold but cheap lucky if it does not blind you back alley whiskey.  Whiskey is everywhere and in everyone. 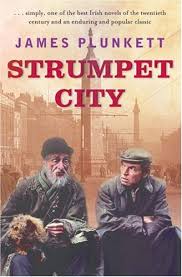 We see how important personal relationships are and how powerful employers were.  Many men worked just day to day, steady work as a dream beyond reach for many.  The poverty of the people in the tenements is vividly described.   The cruelty and indifference of the employers is sickening.  We see in this novel the conditions that helped to bring about the Irish revolution of 1916 and I think, I claim no expertise, the conditions that helped create the hatred that kept the IRA in business.

I am very glad I read Strumpet City.  It gave me a strong feel for life in the huge tenements of Dublin.  Some say this the best Irish historical novel.  I have not read enough to comment on that but for sure it is a superb work.

Sounds like a really interesting book... I wish I had more time. One life isn't enough to read all those wonderful books I hear and read about!