"In Three Days" by Shauna Gilligan (2013, from The Lakeview International Journal of Literature and the Arts) 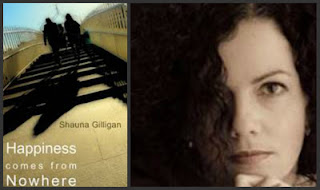 Prior posts about and by Shauna Gilligan

I have posted a lot on the work of Shauna Gilligan.  I would not have done so if I did not greatly admire her work.  She has also kindly guest posted on The Reading Life several times and has answered lots of questions about Irish literature for me.   My main purpose in this post is to let my readers know that her latest story, "In Three Days" was published in the first edition of The Lakeview International Journal of Literature and the Arts (in the interests of full 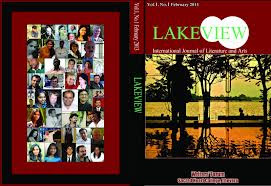 disclosure, I am on the advisory board).  The journal has already been shortlisted for an international award.  We are proud of our list of authors from all over the world. There are short stories, poems, reviews and interviews as well as some stunning images. (You can read the entire first issue here.)   There is also a premier print edition.   The first edition has stories by writers from all over the world and Ireland is well represented by Gilligan.

"In Three Days" is the story of how two sisters, both unmarried and in their late 30s or early 40s and living with their father as they always have, cope with his death on a  late Monday night.  Their mother died three years ago.  Of course they talk about what they need to do.  Gilligan does a masterful job of letting us see into minds of the sisters, we can see how they are the same in someways, but each different also.  One sister is very practical and begins to make a list of things they need to do.  The other is more vulnerable and nervy.  The story is told in three day by day segments.  We see how the sisters begin to deal mentally with this event.  Their father had been a terminal cancer patient and they nursed him at home.  We learn some interesting things about the sisters lives.  We feel their sadness but also a great weight has been lifted from them.  Anyone who has ever cared for a terminal patient in their home will relate well and see the very strong verisimilitude in this story.

Her debut novel, Happiness Comes From Nowhere is receiving great reviews from all over the world.

Really glad to see this post. It's a brilliant story by Shauna, and you can read it in the pages from 16 to 24 of Lakeview Journal.

I really enjoyed this piece. At first I wondered about the sisters' reaction to the death (it seemed slightly distant to the event) but Gilligan does a great job of slowly revealing their grief - and indeed their relief as Mel points out here. For me, the lingering emotion though, is Rose's loneliness in life, heightened by her father's death and that slightly awkward exchange with the caretaker on which the story ends. A subtly, powerful story.