Beware of Pity by Stefan Zweig (1939, translated by Phyllis Blewitt)

My Posts on Stefan Zweig
I thank Max u for the Amazon Gift Card that allowed me to read this book.  When I bought the Kindle edition a few days ago the price was $4.95, now it is $11.95. 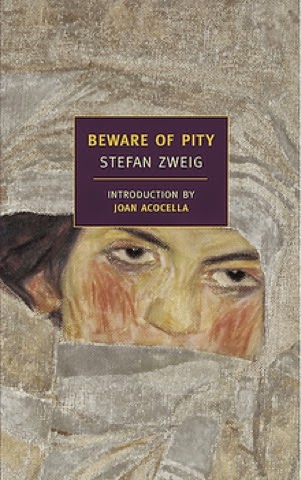 Beware of Pity is Stefan Zweig's only full length novel.  It is set in a small town in Austria, starting around 1908.  Zweig was a close friend of Sigmund Freud, he gave the funeral oration for him, and the novel is, among other things, a deep study of the nature,impact, causes and manifestations of the emotion of pity.
We start in an officer's barrack.  Our male lead is a cavalery officer.  Being an officer is kind of a manly right of passage for an affluent young Austrian man.  The lead character has only a modest allowance from his aunt to supplement his pay.  He has to provide his own horse and he has a servant, a batman, to take care of his uniform and run errands.  Zweig did a great job of letting me see what it must have been like to be an officer in the Austrian army.  The garrison he is attached to is in a small town, but close enough to go to Vienna on leave.  The army is very old boy networking with senior officer seen as father figures and generals as near gods.
One day his close friend takes him to a social event at the house of the richest man in the area.   As I read on in Beware of Pity at times I thought "yes, a real masterwork" but then sometimes I thought not quite but close.  A wild series of events is set in motion when the officer invites the wealthy man's seventeen year old daughter to dance.  Everyone is horrified when he does this.  The girl became a cripple a few years ago.  She launches into a nightmarish hysterical scene in which she tries to stand but collapses.  Stemming from the officer's attempt to set this right, an emotional roller coaster begins which just gets worse and worse. 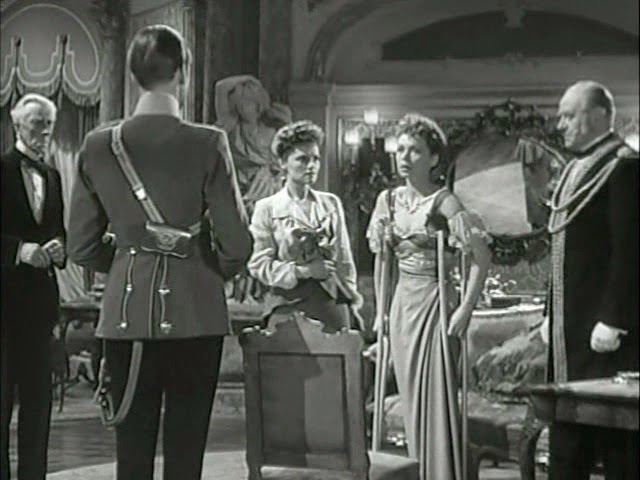 There is a long monologue by the girl's doctor that is beyond brilliant in its analysis of medical treatments for "hopeless cases".  The girl's father is just a master work of paternal love.  The officer gets more and more trapped.  There are lots of interesting minor characters and fun to read about events.
I don't want to give away much of this marvelous plot.  The last few pages of the man's experiences in World War One and his reflections on what he saw are amazing, flawless.  We see how he was changed by the war.
Some will say maybe Zweig pulls on emotions too much and makes the girl a bit too much of a monster and I could only say I concede maybe this is correct but I found the story very suspecful.  I hope to see the movie one day. 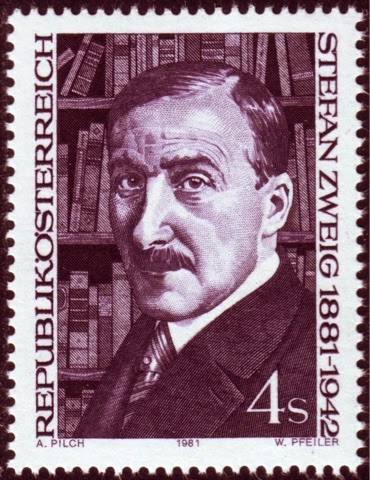 I nearly started this the other day but chose another book instead. I keep meaning to read more Zweig & Roth.

I got 'Beware of Pity' and 'The World of Yesterday' a couple of years ago when Amazon had them both on their 'Daily Kindle Deals' for 99p...I couldn't believe my eyes!

I have read several reviews of Stefan Zweig lately, mostly from you I think. He sounds great, and I just have to read him. Especially since my husband is Austrian, so I can brag that I have read a writer from there. Tried with Jelinek but it did not go that well!

I read this last year and was much moved by some of the passages. Sometimes life demands much more from us than we are capable of giving.