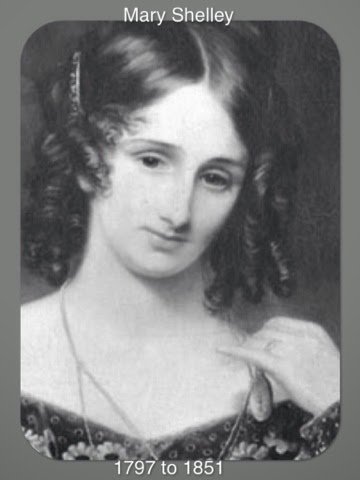 Mary Shelley's Frankenstein (1818) made her and her monster immortal. My guess is that for every person who has read it, a million have heard of Frankenstein.  I probably should have read it long ago and I think I now will do so soon.
I recently was given a review copy of a forthcoming collection of short stories.  I was very pleased to find Mary Shelley's story "The Mortal Immortal" was included.  (You can easily find it online.) 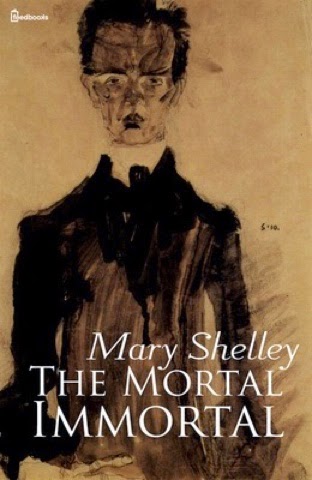 "The Mortal Immortal" is very much a standard gothic story with a sinister alchemist, mysterious potions, preoccupied with death. Narrated by a man we meet while he is young and in love with a girl who has been a family friend for years.  Her parents recently died and she is now the ward of a rich haughty old woman who does not see him as good marriage material.
The man goes to work for an alchemist, one seeking to discover a potion that will secure immortality. The man, after some tribulations, marries the young woman, both are twenty.  The man takes a potion from the alchemist, he does not know if it will make him immortal but he is well over three hundred as he tells the story of his marriage, his wife long dead.   His wife ages normally but in forty years people take him for her grandson as he still looks twenty.  The most interesting aspect of the story was the story of how the marriage was impacted by the disparity in their rate of aging and how the man tried to hide his condition.
I am glad I satisfied my curiosity about this story.  It was written to entertain and it does.
Mel u