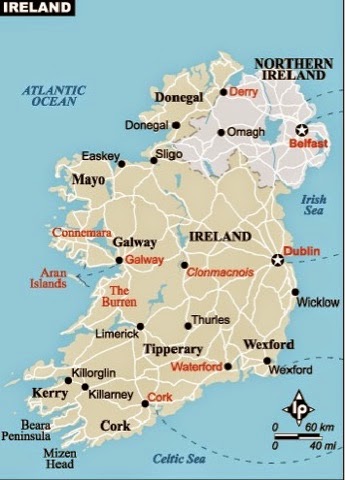 Every March for the last four years I have read and posted mostly on Irish short stories.  I have done Q and A sessions with lots of Irish writers.  My respect for Irish literature is tremendous.  Galway, Ireland is one of the world's most productive literary cities.  This year I am reading a lot of European classics, works from the old Austro-Hungarian Empire, Balzac's Comedie Humaine, Eastern European Literature as well as continuing on in Post Colonial Asian Fiction but I have far from forgotten the Irish.  I might wander away but I will always return.
Yesterday I was looking an excellent collection of short stories edited and introduced by Kevin Barry, Town and Country - Irish Short Stories for something to read.  Happily for me I read "Saturday, Boring" by Lisa McInerney, from Galway.  "Saturday, Boring" centers on two fifteen  year old girls, best friends, out of the house for a Saturday afternoon.  The conversation centers on the decision of one of the girls to have first ever for her sex with her boyfriend.  Having three daughters 16, 19, and 21 this story hit home for me as being about the very last things a father wants to contemplate.  It makes me think of all those no-school days when the girls are going out with their friends and their mother or I would ask them where they were going and they would simply reply "Out".  When asked what they are going to do they, of course, reply "Oh, nothing".
The girl's conversation rings totally true.  McInerney handles the dialogues perfectly.  The friend quizes her friend as to why she wants to take this big step.  As to be expected, it is not a well thought out plan.  They talk about what it will be like and how the boy will act toward her after it is over.  A big fear is that he will tell what happened all town, especially at school.  The girls talk about their limited sexual experiences.  The friend tries to offer advice and tries to get the other girl to promise to tell her all about what happens.
McInerney in just a few pages lets us see into the families of the girls, their home life and what can happen on a boring Saturday.  I very much look forward to reading her forthcoming debut novel, The Glorious Heresies soon
Author Data 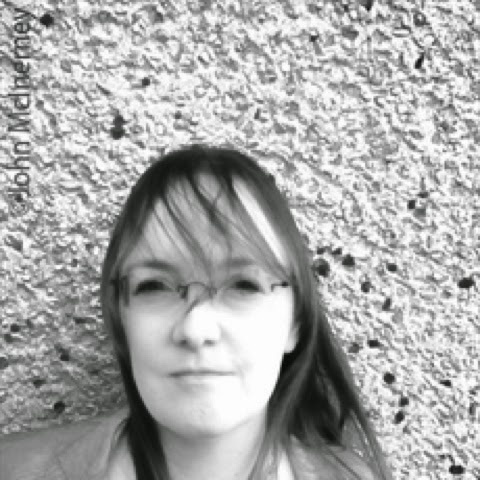 Lisa McInerney was born in 1981 and just about grew up to be a writer of contemporary fiction.
In 2006 she started a blog about working class life in a Galway council estate, ‘Arse End of Ireland’, through which she cultivated a reputation for documenting modern Ireland with her own particular brand of gleeful cynicism. In the same year, Haydn O’Shaughnessy in The Irish Times called her “…the most talented writer at work today in Ireland”, and journalist and author Belinda McKeon said that “she takes the Celtic Tiger by the scruff, and gives it a sound kicking in prose that sears”. Nominated for Best Blog at the Irish Blog Awards for three years running, she took away the Best Humour gong in 2009, which came as a surprise as she wasn’t aware she was being particularly funny at the time.
Lisa went on to write regularly for award-winning entertainment site Culch.ie, prominent feminist site The Antiroom, and Irish news site TheJournal.ie, taking a frequently acerbic look at social issues. She’s spoken at literary festivals both at home and in the US discussing new media, its effect on traditional publishing, and its possibilities for writers.
In 2013, Lisa’s short story ‘Saturday, Boring’ was published in Faber & Faber’s ‘Town and Country’ anthology, edited by Kevin Barry. Seeing as this was the first short story Lisa had ever written, she was rather chuffed and has since assumed there will be a similarly disproportionate award for her second – dinner at the White House or something. Though inspired by writers like Melvin Burgess, Irvine Welsh and Hubert Selby Jr, years writing for an online audience means she also draws from the humour and wordplay of the internet's hive mind.
Lisa lives in Galway with a husband, a daughter, and a dog called Angua. She learned the word “sporadically” from Clueless, and has endeavoured to use it sporadically ever since.
Lisa's debut novel, The Glorious Heresies, will be published by John Murray in April, 2015. (From publisher's webpage) 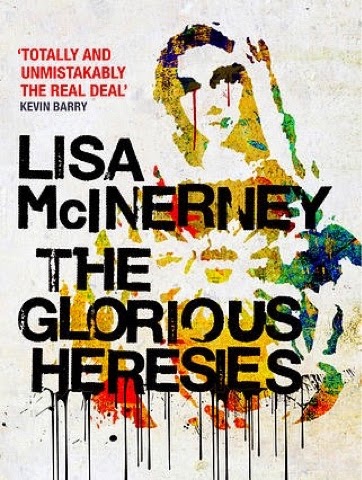