"The Sound of Swallows" by Shauna Gilligan, PhD (from The Stinging Fly, Spring, 2014)

""They've gone and what's left of them is made of twigs and mud: nests empty and useless". 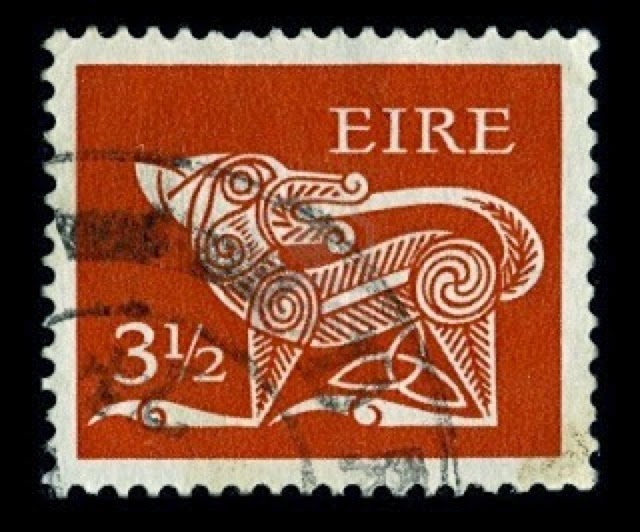 I first became acquainted with the work of Shauna Gilligan during Irish Short Story Month Year Two.  since then I have posted on a number of her short stories and her wonderful debut novel, Happiness Comes From Nowhere.  At her suggestion I first began to read the work of Desmond Hogan and she did a very illuminating post on him for my blog.  She has also done a very interesting and informative Q and A I urge all to read.
Today I want to post briefly on her very powerful short story, "The Sound of Swallows" which can be found in the Spring 2014 issue of The Stinging Fly.  The Stinging Fly is a leading world class publisher of literary works.
As I read on in Irish literature I see more and more, of course people see what they can and want to see, certain pervasive themes recurring over and over.  An obsession with, almost a love, for death, not so much one's own, but that of those we love.  Only when a person is dead does the fluidity of our experience of them come to an end.  I also see a fascination with cycles of futility, recurring pain and loss whose only value maybe in the wisdom gained from observing them.  I also see a strong pattern of works depicting the impact of repressed emotions blocking relationships growing beyond limited starts, relationships that long term bring mostly pain. I also see as a strong theme that of the weak or missing father married to a smothering mother.  I see, learning from Edward Said and his disciple Declan Kiberd, a working out of the legacy of colonialism. These are not just old ideas from long ago. I read this week Sebastian Barry's forthcoming novel, The Temporary Gentleman and these themes dominate it.     All of this can be seen in Gilligan's five page "The Sound of Swallows".
The story is being published today in The Stinging Fly.  I am not inclined too much to recap the plot but I will just talk a bit about how it exemplifies the themes I have spoken about above and numerous times.  The story covers some twenty years in the life of the woman narrating the story. First her father dies from cancer at which point her mother throws her temporarily out of the house, only to become dependent on the daughter.  The narrator had a mildly sexual relationship with another woman, Maribel when in her late teens.  The narrator conceives a child in a one night encounter with what seems a very decent man to whom she gave a false phone number.  The man is forced into the role of unknown missing father in the life of the child.  Then her mother dies. After a twenty year hiatus, she moved it seems to Denver, Maribel returns.  The narrator tries to see in her the beauty she once had.  Beauty lost is one of Ireland's grand themes.   The ending is profoundly sad.  The close powerfully sums up the themes I have ruminated upon.
my q and a with Shauna Gilligan
http://rereadinglives.blogspot.com/2013/03/shauna-gilligan-question-and-answer.html
My post on Happiness Comes from Nowhere
http://rereadinglives.blogspot.com/2012/07/happiness-comes-from-no-where-by-shauna.html 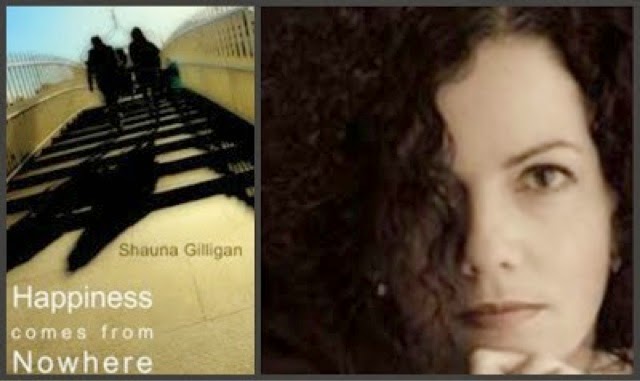 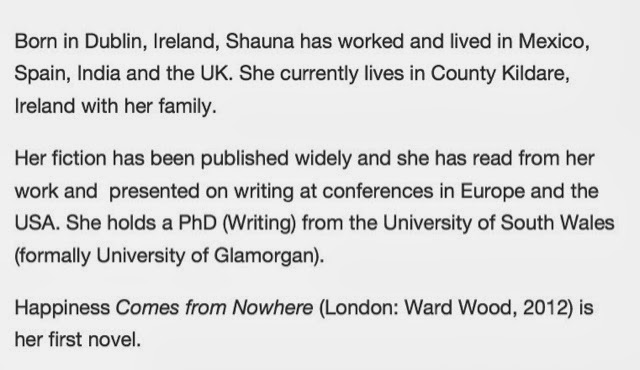 I hope to read much more of Gilligan.  I strongly endorse her novel, which I think may become a classic.
Mel u