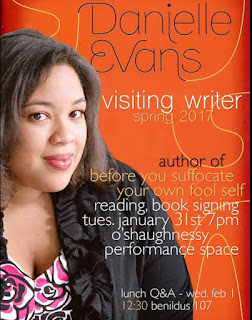 After reading what Roxane Gay said about “Boys Go to Jupiter” by Danielle Evans I decided to start Best American Short Stories there:

“In “Boys Go to Jupiter,” Danielle Evans writes a sly, subtle story about friendship and grief, but also about race and youth and small transgressions that become unintended acts of damage and defiance. “Boys Go to Jupiter” is one of the finest short stories I’ve ever read, and it embodies the ways in which fiction can be political without being heavy-handed or unnecessarily didactic.”

As the story opens Claire, in her late teens is at the beach with a boyfriend.  She is wearing a bikini whose bottom displays a Confederate flag.  As everyone should know by now, in the United States many see displaying the flag as an affirmation of racism.  Claire did not really mean anything by it.  Her current boyfriend gave it to her so she wore it when at the beach with him.  He snaps a picture of her bending over on his truck.  Big trouble starts after
the picture is posted on social media.


Claire is a college student living in a resident hall.  Her mother passed away a few years ago  and her father has moved to Florida with his girl friend Poppy.  There is some bad feelings over this.

An African American dorm mate of Claire’s is very offended.  Claire begins to get very negative E mail and social media comments, along with some support.  She hangs an image of the flag from her window and slips a meant to be friendly note under her dorm mate’s door written on a picture of a confederate flag. She files a complaint on Claire with university authorities.

Evans takes us back into the childhood of Claire, we learn from the second grade on her best friend was an African American girl.  She had a close friendship with a young African American man.  Evans brilliantly develops the past of Claire.

I don’t want to say to much about the so interesting plot developments.  We see how deeply racism and anti-racism control much of American culture.  The characters are very well developed.

Roxane Gay was right, this is a wonderful story.

There Is much more in this story than I have mentioned.


I liked this story so much I bought her Before You Suffocate Your Own Fool Self and look forward to reading all the stories.
.

DANIELLE EVANS is the author of the story collection Before You Suffocate Your Own Fool Self, winner of the PEN American Robert W. Bingham Prize, the Hurston-Wright Award, the Paterson Prize, and a National Book Foundation 5 under 35 selection. Her stories have appeared in magazines and anthologies including the Paris Review, A Public Space, American Short Fiction, Callaloo, New Stories from the South, and The Best American Short Stories 2008, 2010, and 2017. She teaches creative writing at Johns Hopkins University..— from Best American Short Stories 2018