December Reading and Blogging Plans and a Look Back at November 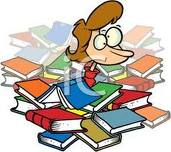 My blog notes are mostly something I can use to look back on a judge the progress and regress of my blog.   My pages views  were up 325 percent over November 2011 and my visits are up 322 percent.   I ended November with 617 GFC followers and 1445 twitter followers.    The top city of residence for blog users is New Delhi, then London, then Mumbai followed by New York City.   The top American state for visitors continues as always to be California.   Here in the Philippines the most frequent city of residence is Makati followed closely by Quezon City.   India has now for the first month pushed out the Philippines as the second most likely country of residence for a blog visitors, behind the United States.

There was really no huge dominating works in November.   The "biggest" book I read that has been on my TBR list for decades was Dracula by Bram Stoker.   Short stories are becoming an ever increasing part of my reading life and my blog.  I see this as a permanent trend.

As of now I have no big special blog plans for December.   The book blog world kind of slows down in December, it seems.   I will probably participate in an event or two and am open to new ideas as they pop up.

I also hope to read and post on at least  two more travel books by Ruffington Boussweau, starting with his very controversial account of his trip to Japan just before the Russian-Japanese war.    I also may have an interview with Ms Mercalalitoa Gaelwad, director of the Sayajira Gaelwad Institute of Ruffington Boussweau Studies planned in which she will explain how she developed her interest in Boussweau and give us some details on her wonderful plans to publish a 25 volume joint English and Bengali edition  of Ruffy's work.   Her goal is to place a full edition in every school in her native Bangladesh.   Her great grandfather was a Maharaja of one of the richest Princely States in Bengal and she wants to use a small portion of the great wealth of her family to give something back to the people of the world.   I am very grateful to her for having a complete set of Ruffy's 25 books sent to me.  In the interests of full disclosure, The Reading Life is now under the very kind sponsorship of The Institute and the personal patronage of Ms Gaelwad.

I offer my great thanks to my quite brilliant cousin S for her wonderful help in editing suggestions.

I also am and will always be very grateful for those who take the trouble to comment on my blog.

Gosh, December always feels really busy to me in the blogging world. Maybe it is just because of the Advent tour that I am involved in.

For the last 2 weeks I've been reading IQ84. I'm about 40% in. It's good so far! I was planning to just read book 1 then get back to book 2 at a later point but I just want to find out what happens next. I wish I could read faster.

I feel like it slows down in December because get busy traveling and preparing for family visits which leaves them less time to sit in front of a computer. I am hoping to really hunker down and read a ton over my breaks!

It's nice to see where your blog readers come from. I have no idea about mine, really.

I'm also planning to read 1q84 this month, or at least the first book (in the Netherlands they've split the thing into 3 books).

Have a good month!

I have been noticing an increasing trend towards blogging and reading blogs in India even as there is no let-up in new memberships to FB and Twitter. As far as rereads go, DRACULA and A TALE OF TWO CITIES have been on my mind for a while now. I have been neglecting short stories so far but plan to rectify the lacunae before new year.

Prashant C Trikannad-I totally endorse the short stories of R. K. Narayan-many of which can be found online-thanks so much for your comment and visit