"Seven Lives to Repay Our Country" by Edward Carpenter 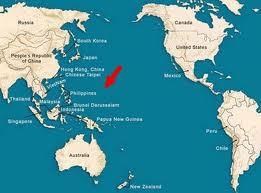 Edward Carpenter in "Seven Lives to Repay Our Country" has written a very unique totally absorbing short story told from seven different points of view.      The setting is Saipan Island in the Pacific Ocean.   The characters are seven Japanese soldiers.  The time is July, 1944. 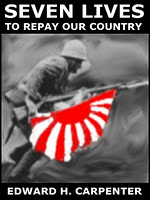 Saipan Island was one of the major "Island Hopping" battlegrounds of World War II.   The Japanese considered it one of the last islands to be defended before the allies actually invaded their homeland so they gave an order to defend it to the last man.   The large Japanese civilian population was told the Americans would kill everyone on the island if they captured it.   The Japanese general in charge of the island,  gave an order to defend the island down to "the last man".


"Seven Lives to Repay Our Country" takes us beyond the stereotypes that portray the Japanese soldier as a fanatic who only wishes to die for his beloved Emperor.   It is not easy to see the humanity in your enemies and Carpenter's wonderful story helps us do that.   I do not want to spoil the plot but it is about seven Japanese soldiers who have been basically told they are to die in a futile defense of the island.   Some of the men do glory in this, some are afraid of their officers and keep silent but some see it as crazy.  (The Japanese, based on my understanding,  quickly assigned the blame for their involvement in WWII on their military, after they were defeated).     We listen in as the soldiers talk about their fate among themselves, without their officers around.


I found this a very well done story and in just a few pages Carpenter did a very good job individuating the soldiers.   I loved the ending but I will let you discover it for your self.


You can buy it on  Amazon

There is also a very good book trailer here.

Edward Carpenter is a Major in the United States Marines.   He recently spent a year in an exchange program with the Indonesian Navy and is now based in South East Asia.   His formal education is in engineering and international affairs.   He has a passion for writing and reading.


"Seven Lives to Repay Our Country" is his first published work. I was honored to receive a complementary copy  and look forward to reading his next story, which will be set during WWI.

Sounds fascinating! Thanks for the tip.

I love reading about the Pacific in the Second World War.

That's a great WWII story. It could well be real too.

Mel, I'm happy that you enjoyed the story, and thanks for the great review.

I'd be delighted to field any questions from your readers about this story, so will be continuing to follow this post, and will reply as quickly as possible to any questions or comments directed my way.

This has a resonance with some of the story in the Black Rain by Ibuse Masuji, Knowing that you've read that book as well, did you find any similarities, foe example the Punitive squads, set up by the army in which the conscripts role was to throw themselves under an enemy tank & set off an explosive device, In that way they could serve their country.

Great review. I have bought and downloaded the story to my Nook reader.

This post calls to mind a 1961 episode of The Twilight Zone (starring Leonard Nimoy) called "A Quality of Mercy"; I wonder if this episode is known to the author.

Parrish, Jay, thanks for your comments, and I apologize for the delayed response, as I've been trekking about the jungles of Sumatra the last week.. I haven't yet read "Black Rain", but I will add it to my reading list and post a comment re: similar themes in a bit.. The use of individual soldiers attacking tanks from below with satchel charges (explosives) was also practiced by the German army when retreating from the Soviet advance (I recommend Guy Sajer's "The Forgotten Soldier") and more recently by the Iraqi resistance against US armored vehicles. As for the Twilight Zone episode, I haven't seen that, but again, I will check it out and share my thoughts.

Thanks for the feedback, I do enjoy this sort of dialogue as I think it helps me expand my range of knowledge, and improve my future writing.