1.  "Bombay's Republic" by Rotimi Babatunde-worthy to be a winner
2.  "Love on Trial" by Stanley Kenani-
3.  "Urban Zoning" by Billy Kahora

So far "Bombay's Republic" is the best by far 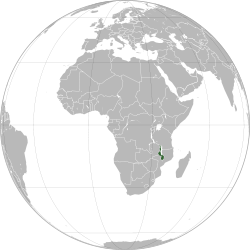 
I will be posting, as will a number of others, on a story a week for the next five weeks.   So far all three of the 2012 stories have been better than any of the 2011 stories.

"Love on Trial" by Stanley Kenani is set in Malawi.   Homosexual behavior is illegal there and carries very long prison sentences.   Like "Urban Zoning" heavy drinking plays a central part in this story.  I as a rule am turned off by stories, novels, TV shows and movies that center on heavy drinkers or drug abusers.   I know this is a prejudice but it is how  I feel.   It is why even though I accept the technical brilliance of Raymond Carver I do not read him with any great interest.

The central character is a bar fly type.  The most fabulous thing he ever did was to come upon two men having sex in the restroom of the bar.   When he tells people about it they all profess great shock and many do not think it is even possible.   He begins to insist that people buy him a drink before he will tell the story. People come from far and wide to hear his story.   Soon he names the man in the story to the authorities.   The man ends up on TV being interviewed and being damned as the basest of creatures acting against the laws of God.  He ends up getting a long prison term.  A lot of human rights groups protest the sentence and Malawi ends up having a lot of vitally needed aid cut off because of this.  At the end of the story the man in the bar is found to have aids, we do not know how he contracted it.   He goes to the medical station and is told there is no medicine for aids victims because it was supplied by foreign countries who cut off their help when the man he informed on was sent to prison.

This is kind of an interesting story.   I liked the circular plot structure.    I do not see this story as a worthy winner as it is more a polemic  than a work of quality literature.

Born in 1976, Stanley Onjezani Kenani is a writer from Malawi. Love on Trial is one of the short stories in his debut collection, For Honour and other stories, published in 2011 by Random House Struik in South Africa. In 2007, he was second runner-up in the HSBC-SA PEN award, judged by JM Coetzee, for the title story of his collection, which was also shortlisted for the Caine Prize in 2008. A poet who is also an accountant, Kenani lives and works in Geneva, Switzerland. He is currently finalizing his debut novel, Drama Republic.

There is a link to the other posts on the Caine Prize here.   If you read the posts of the others posting on the Caine stories you will find a lot of geopolitical data.
Mel u

Thanks for bringing the Caine Prize stories to our attention on The Reading Life. Terrific, concise review, of a story with a story in it (and a rapt audience, it seems).

I agree about stories about heavy drinking or drug use; after a while, it just isn't that interesting. (I even get tired of hearing about the drug or alcohol use of great writers.)