The Irish Corner:  A Celebration of the Irish Short Story
March 11 to July 1 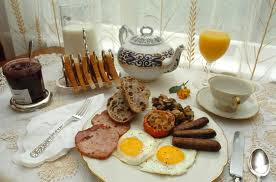 Irish Breakfast for all Participants

Please consider joining us for this event.     Everything you need to participate is in the resources page, including links to 1000s of short stories, from brand new ones to stories now in the public domain.    Guests posts are also welcome.

Emma Donoghue (Dublin, 1969) is a very prolific highly successful much awarded author.  Her novel, The Room, was short listed for the Booker Prize.   She also is a very prolific short story writer.  (The story I am posting on today is reprinted in The Anchor Book of New Irish Writing, published in 2000.  They do not give the original publication date.  To all future editors of collections of short stories, please include the date when the story was first published.)  I have previously posted on her great short story, "Visiting Hours". 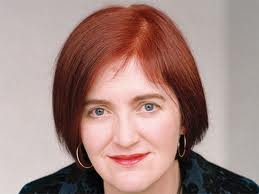 "Seven Pictures Not Taken"  is about a five day  love affair between two women.   It is structured so you do not know that both people in the affair are women until you are nearly half way through.  This made, or it made me at least, rethink my reaction to the relationship of the two lovers.   The affair is very passionate from the start.   One of the women is reminiscing about their affair by looking seven pictures that were taken over the course of a five day weekend, only they are not real pictures but virtual ones in her mind.  The story does a great job of letting us see how we reconstruct the past out of moments recalled.  It is very erotic but without any explicit passages.

You can learn a lot about Donoghue and her work from her official web page.

Born in Dublin, Ireland, in October 1969, I am the youngest of eight children of Frances and Denis Donoghue (the literary critic, Henry James Professor at New York University).  I attended Catholic convent schools in Dublin, apart from one eye-opening year in New York at the age of ten.  In 1990 I earned a first-class honours BA in English and French from University College Dublin (unfortunately, without learning to actually speak French).  I moved to England, and in 1997 received my PhD (on the concept of friendship between men and women in eighteenth-century English fiction) from the University of Cambridge. From the age of 23, I have earned my living as a writer, and have been lucky enough to never have an ‘honest job’ since I was sacked after a month as a chambermaid. After years of commuting between England, Ireland, and Canada, in 1998 I settled in London, Ontario, where I live with Chris Roulston and our son Finn (8) and daughter Una (4).

Please share your experiences with Emma Donoghue with us.

I hope to read Room this year.

I loved Room. I thought it was such a clever, poignant story and the point of view made it all the more powerful. I've just read visiting Hours, her short story included in New Irish Short Stories. I found it witty and observant - a real treat.

I don't think I've read this one, but I've enjoyed some of her other stories. There's one about a hair on a woman's chin that had me laughing many times when she presented it at a reading in a local literary event some years ago; I keep meaning to have another look for that one!