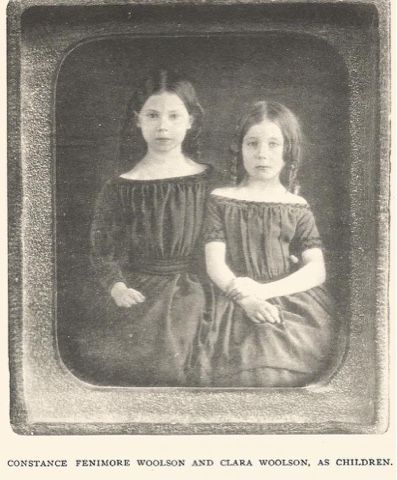 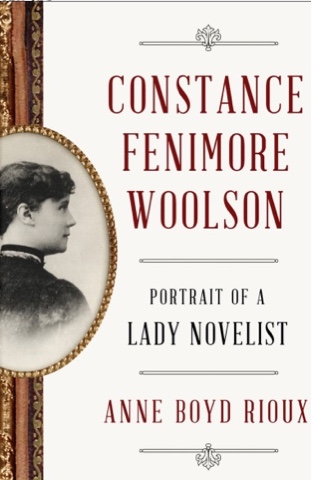 My Posts on Constance Fenimore Woolson
"Filipa" is the third short story by by Constance Fenimore Woolson I have so far have had the great pleasure of reading.  Prior to this story I read her "Miss Grief" and "Sister Saint Luke".  Each of these stories is unique but there are interesting commonalities in the work revolving around a central female character.  I am but a Woolson neophyte but a pattern seems to be emerging.  In "Miss Grief" the central female character is a writer, a woman of seeming raw power but unrefined, odd and slightly rough in her manners in the very refined Italian exhile setting of the story.  She appears forty something and has an odd, vague relationship to a woman she lives with.  There is a violent close to the story.  She is an "odd. person who confuses and disturbs others.  "Sister Saint Luke" is set largely on a coastal island near Saint Augustine, Florida.  Sister Saint Luke used to live in a nunnery but was turned out for financial reasons. Her backstory is a bit mysterious.   We are not quite filled in on her history but her life like Miss Grief is in a kind of limbo.  She does not fit in well in the rough world of Florida circa 1875, she like Miss Grief is near asexual in her portrayal.  She cannot find a definition of herself in a male dominated neR frontier place just as in Miss Grief cannot place herself in the male doninated world of publishing.  There is a violent event near the end of this story.
"Filipa", the strangest of the three stories, is also set in Florida.  (Woolson lived for six years in Florida and loved exploring the wild lakes and rivers in N. E. Florida.  Like "Sister Saint Luke" descendants from the Spanish island of Minorca who came I. Large numbers to the area are a factor in the story.  Just like in "Sister Saint Luke" northern USA tourists play a part in the story.  If one wanted you could see elements of a commentary on Protestant-Yankee society versus Catholic culture as seen at the time.  Felipa  is almost a feral child, she is a girl but she dresses as a boy and people call her "Felipe" and treat her as a boy.  Her father is the descendent of Minorcans.  She is described as "dark", she seems wild and uncivilized.  Similar to "Sister Sainf Luke" northern tourist play a big role in the story.  In both cases the characters of the tourists is not totally developed but thT is part of the rhetoric of the story.  One of the tourists, a woman, came to Florida to paint.  They observe and judge the locals.  Felipe develops a crush on one of the male tourists, there are two women and one man.  The story ends a very shocking violent event which I never saw coming.  It was disturbing and exciting.
All three stories turn on an odd woman who puts people off at first, a sexually ambiguous person, in someways strong, in others weak or destroyed by their strangeness, except in the case of Sister Saint Luke.
The best way to get into the short stories of Woolson, I think there are fifty two of them, is through an excellent forthcoming collection, Miss Grief and Other Stories edited and introduced by Anne Boyd Rioux. 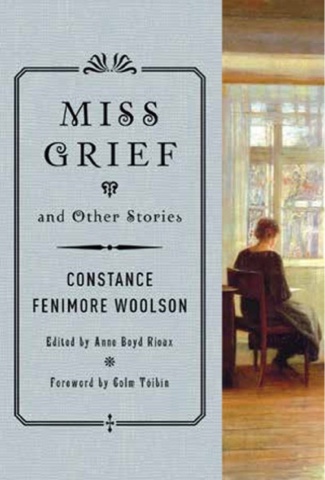 The total oevere of Woolson is not overwhelmiingly large.  My eventual goal is to read it in full
Mel u