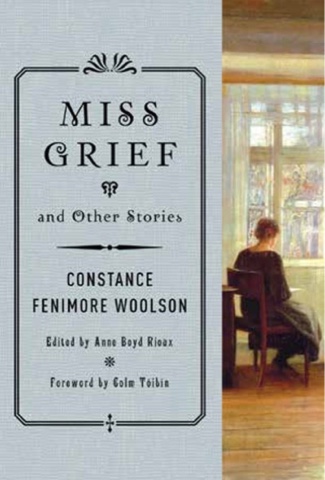 Any day I discover a new to me writer whose first work I read makes me want to read all their work is not an entirely bad day.   My most recent "discoveries" are Iréne Némirovsky and Clarice Lispector.  After reading  "Miss Grief" I am close to adding Constance Fenimore Woolson (1840 to 1894, USA, her grand uncle was James Fenimore Cooper) to my read all I can list.
When I saw a collection of her short stories offered to reviewers on Edelweiss I decided to request it largely because Colm Toibin contributed the foreword. I based this on my love for his novel on Henry James, The Master.    I was embarrassed as I read the foreword and introduction to learn she was at one time one of America's best selling authors, I had never heard of her.   I learned she faded from public view and was only mentioned by and large because of her long term friendship with Henry James.  James lived for a while in a villa Woolson rented in Florence.  Toibin and Anne Boyd Rioux make a lot of interesting observations about the use James might have made of their relationship in Portrait of a Lady and a few of his short stories.  The fioreward and introduction are really well done.
The anthology of her short stories is truly  a first rate production.  Every story is  introduced  and full details on the publication history of the stories is provided.  (One of my bet literary peeves centers on collections of short anthologies that do not include first publication data.)
"Miss Grief" is set in Florence.  An older slightly impoverished looking woman begins making daily visits to the home of a very sucessful American writer.  He thinks she is probably an antique dealer who knows he collects.  He keeps avoiding her, having his butler tell her he is not in.  Finally he relents and it turns out she has written something  she wants him to read.  He reluctantly agrees and she insists she will come back in a few days for his reactions.  He sees lots of faults with the work but he is deeply impressed by the sheer depth of her creation. When she returns he tells her of changes she should make in the work.  He tells her if she follows his suggestions, he will submit it to his editor for possible publication.  She adamantly refuses to his great surprise.   She begins, in the company of what he takes to be her maid, to visit regularly.  He reads more of her work and is amazed.  He tries himself to rewrite her work but he finds he cannot change it without the work falling apart.
I will leave the close unspoiled.  It is very interesting, sad and moving.
Part of the power of the story is in the very brilliant way the relationship between Miss Grief, which is actually a mispronouncing of her name, is depicted.  Of course as I read it I found it hard not to see the writer as Henry James.
I think this anthology will revise interest in Constance Fenimore Woolson.  In her day, her work way out sold Henry James.  Writers come in and out of fashion, maybe her time has returned.
I also was kindly given a forthcoming biography of the author by the editor of the collection, Anne Boyd Rioux and I will soon begin it.  I hope to read all of the stories in the collection.
Probably I will add Woolson as one of my "project" authors but I want to read at least one more story first. 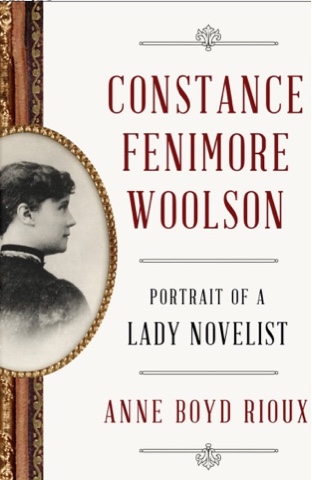