"In the Act of Falling" by Danielle McLaughlin - from The New Yorker,September 7, 2015 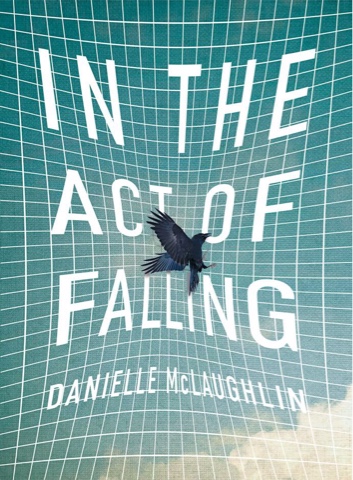 My Q and A with Danielle McLaughlin

My post on "Midnight at Ali's King Kehab Takeaway" 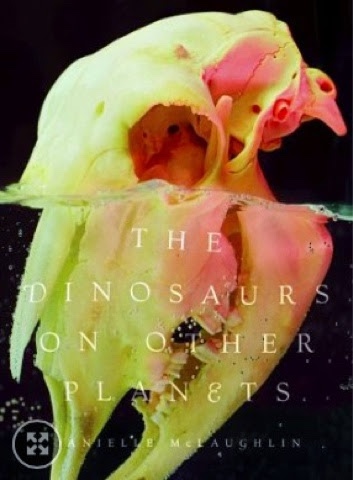 My Post on "The Governor's Gin", a great story set among the British Raj

(All of these stories can as of now be read online.)

I have been a devoted follower of the work of Danielle McLaughlin ever since I read her amazing short story, "Bewitched" on July 5, 2012.  At that time I was doing a feature on "Emerging Irish Women Writers".  I have happily watched several of the writers I featured begin to take their place on the world literary stage.  With two short stories published in The New Yorker in the last twelve months and a forthcoming collection of short stories to be published by The Stinging Fly, The Dinosaurs on Other Planets has certainly transcended the category of emerging writer.

In my reading of Irish literature I have been very influenced by Declan Kiberd's monumental work, Inventing Ireland - The Literature of the Modern Nation.  Kiberd helped me see modern Irish literature, post George Moore and Dubliners through the post colonial perspective developed by Edward Said and Franz Fanon.  Kiberd's central thesis is that the basic core theme of modern Irish literature is that of the weak or missing father.  After "Midnight at Ali's King Kehab Takeaway" which directly focuses on this theme with three missing fathers in the story I was very intrigued to see the figure of the weak father playing a central part in McLaughlin's latest story "In the Act of Falling".

One of the other themes I find in the stories of McLaughlin is that of the cultural impact of the intersection of people from very different worlds.  We see this in "Midnight at Ali's King Kehab Takeaway" and "The Governor's Gin".  Sometimes lonely isolates become attracted to the occult or visions of an alternative apocalyptic world which takes them out of a world they don't like and don't succeed in or fit in well.  This is in several of her stories.  This ties in with the theme of the missing father, manifesting itself as an eroding cultural base.  "In the Act of Falling" is set in the recession that followed the fall of the Irish economy, just about ten years ago. All you have to do is to take a quick scan of the economic and political headlines about Ireland to see a vision of a country whose leaders, the politicians and the Catholic Church, have failed.

I don't want to give away much of the plot of this very rich story, my main purpose in posting is to let my readers know her latest story can be read in The New Yorker and to journalize my reading experience.  The story centers on an Irish married couple with one son, maybe ten.  The father was recently made redundant from a decent job and now just plays the role of house husband and kind of pretends to look for job.  McLaughlin does just a wonderful job of showing us how this impacts their marriage as the wife becomes the only earner and the husband spirals into a cocoon of odd near occult preoccupations.
Omnimously looming over the marriage but lurking way in the background, is a mysterious woman and a sinister seeming man who are working their way into the psyche of the man. His condition as a weakened father has left him vulnerable to darker realities or fantasies than he otherwise might have been. 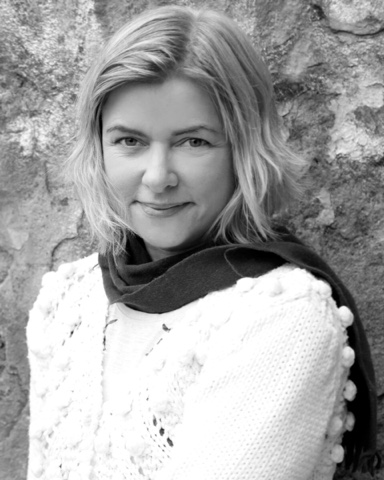 Danielle McLaughlin’s stories have appeared in newspapers and magazines such as The Stinging Fly, The Irish Times, The South Circular, Southword, The Penny Dreadful, Long Story,Short and The New Yorker. She has won various awards for her short fiction, including the William Trevor/Elizabeth Bowen International Short Story Competition 2012, The From the Well short story competition 2012, The Willesden Short Story Prize 2013, The Merriman Short Story Competition 2013 in memory of Maeve Binchy, and the Dromineer Literary Festival Short Story Competition 2013.  She was shortlisted for the Writing.ie Irish Short Story of the Year category in the Irish Book Awards in 2013 and 2014, and her story ‘The Dinosaurs on Other Planets’ was shortlisted for the Davy Byrnes Award 2014.  Her stories have been broadcast on RTE Radio, and have been published in various anthologies, including The Salt Anthology of New Writing 2013, What’s the Story? (2014) a selection of new Irish writing from the Stinging Fly Press in association with Solas Nua, Washington, The Bristol Short Story Prize Anthology 2014, and Davy Byrnes Stories 2014. She was awarded an Arts Council bursary in 2013 and has read her work at various events in Ireland and the UK, including the London Short Story Festival 2014 and the Cork International Short Story Festival 2014. She is currently Editor for Short Stories in English for Southword Journal. Her debut collection of short stories Dinosaurs on Other Planets will be published in Ireland in autumn 2015 by The Stinging Fly Press, and in the UK and US by John Murray and Random House. She lives in Donoughmore, County Cork with her husband and three children. -from webpage of West Cork Literary Festival
I am greatly looking forward, I hope, to many years ahead reading more by Danielle McLaughlin.