Architects of Death: Ths Family that Enginnered the Death Camps by Karen Bartlett - 2018 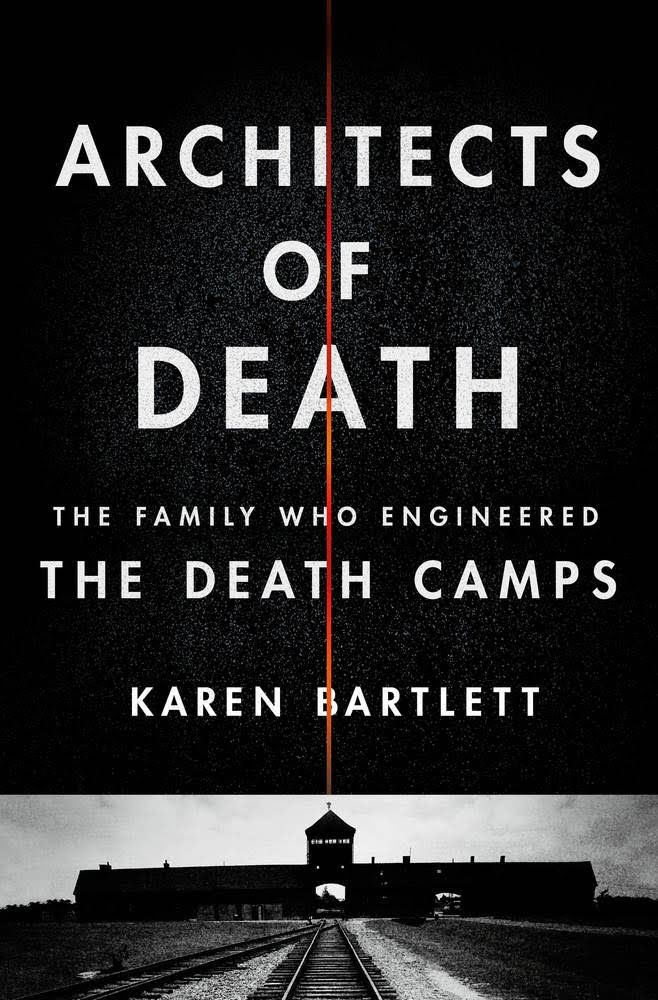 Architects of Death:The Family Who Engineered The Death Camps by Karen Bartlett is a very interesting addition to Holocaust studies.

The Holocaust is not something you can say you fully understand, all you can do is decrease your ignorance.  A recent survey showed one third of Americans have either never heard of the Holocaust or did not believe six million people were murdered.  In five years unless trends change, it will be fifty percent.

The Holocaust was a great economic wind fall for millions.  When a Jew  was shot or gassed, his property was sold to local people, not all Germans by any means, for a small fraction of the value.  In everything from stolen art works to gold from teeth, non Jews made money.  Case in point, when the Nazis took over France, Coco Channel tried to expropriate her Jewish partners share of the business who had financed her.

Bartlett wonderfully details how concentration camps depended on 100s of local businesses for their needs, from food, to Lumber, for wire, etc.  Concentration Camp guards had jobs that exempted them from military duty.  People were allowed to bring one suitcase with them.  All they brought was supposed to be inventored and used for the war efforts but the guards stole much of the valuables.  Of course the officers stole  the most.

Big German firms like B M W, Bayer, Siemans, I. G. Farben, Krump and many others made use of slave labor.  The SS regulated slave labor and the higher ups took advantage of this.  The corporations paid bribes to make this happen.

Bartlett explains what was involved in designing crematoriums for the camp.  Human bodies require a high temperature to burn.  The Nazis wanted crematoriums with high capsity with as low a fuel requirement as possible.  We learn of the strains this put on Talbot and Sons.  The most sinister aspect of their work was in increasing the efficacy of gas chambers, increasing their kiling speed.  Bartlett goes into a lot of fascinating detail about the inner workings of the company.

Architects of Death:The Family Who Engineered The Death Camps by Karen Bartlett will fascinate all into The Holocaust.  I highly recommend this book to all libraries.