Hunger: Monologue of a Dog by Shloyme Gilbert translated by Jack Ford and Zuzanna ​Łapa 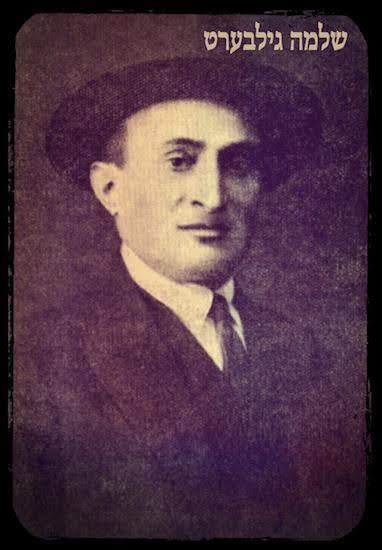 1942 - confined to Warsaw Ghetto from which he was transported to the Treblinka Concentration Camp where he was murdered.

“Hunger: Monologue of a Dog”, read knowing the author was confined in the Warsaw Ghetto, later to die at Treblinka, is an account of how hunger impacted the victims of the Germans.  The Nazis wanted to degrade the Jews before they murdered them.  Starving them was part of their agenda.

This brief fiction is told in the first person by a now starving dog.  He once had a master who fed him well but now he is on his own out in the streets, looking for food in the garbage, hated by all the towns people. He is jealous of dogs that have homes:

““There are dogs who have a good life. Take this yellow bundle of fur for instance. He has an ugly nature, always begging and flattering people. He walks back and forth around someone, wagging his tail. He looks up into their face, rubbing against the ground and licking their feet until they throw him something.”

He is driven by his hunger to follow an evil leader, to sink down into the abyss.  I found the lines below very powerful:

“And then there is Black Gipsy, an ugly creature, always rooting around in the garbage . . . He eats exactly what a pig would: raw potatoes, all kinds of rotting scraps. He is always dirty and his ear is bloody and mangled. When he runs past, all the dogs attack him bringing havoc and chaos all around. I’d love to tear him to shreds but worry I’ll catch something from him. One night I see several dogs running, and leading them is Black Gipsy. There is something about them I don’t like. They run away into a cemetery in fear of me as I approach them. I run along with them, which they don’t like one bit, but when I bare my teeth at them they go quiet. We squeeze through a hole in the fence. The dogs run into a large field dotted with hillocks. They run up to the top of a freshly-made mound of earth and start digging. Black Gipsy burrows into the earth with his snout just like a pig, so that his whole head is inside, and drags something out. It’s a human body. I jump back several steps in shock. It’s quiet and bright here in the moonlight, and the dogs stand around the body and start to eat its flesh. I can smell the repugnant stench of death streaming out from the body. I start crying out loudly in fear and terror. My comrades attack me several times and I feel such an awful hunger and thirst. I go over to the body. Woof! Woof! Yes, it’s so disgusting and so horrifying but oh so, so good! Woof! Woof! *** I search around for an empty spot where I can sleep. Suddenly I find everything frightening. I run around in a frenzy like never before.”

I am paused by the use of “black gipsey” as the name for the dog leading the pack.  Half a million estimated Roam died in the Holocaust.

In just a few pages, Gilbert has created a powerfully painful story.

SHLOYME GILBERT (February 10, 1885-August 1942)
He was born in Radzymin, near Warsaw, Poland.  When still a young lad, his parents moved to Warsaw, but he remained in Radzymin with his grandfather, R. Yoysef Gimpl, who was at one time a Nikolaevsky soldier [one who had served under Tsar Nikolai I, usually for twenty-five years] who had for many years lived in Kavkaz, and in general was a Jew with a distinctive life story.  Shloyme thus stayed behind to study at the Radzymin rabbi’s synagogue study hall, and later even devoted himself to mysticism and spiritualism.  He was also musical—an attribute he inherited from his father and his grandfather.  At age sixteen or seventeen, he moved to Warsaw.  He began writing in 1905, but none of these works were published.  In 1907 for the first time, he published in the collection Nay-tsayt (New times) two moody pieces, “Tsu der zun” (To the sun) and “In shtot” (In the city), and in the collection Der yunger gayst (The young spirit) (Warsaw, 1908) a poetic sketch entitled “Fun land shvindzukht” (From the land of tuberculosis).  These first pieces all drew the attention of the critics (Shmuel Niger, in Der nayer veg [The new way] 8-9, Vilna, 1907), and from that point forward he published sketches and short stories in: Roman-tsaytung (Fiction newspaper), Haynt (Today), Unzer lebn (Our life), Der fraynd (The friend), Literarishe bleter (Literary leaves), Naye folkstsaytung (New people’s newspaper), all in Warsaw; and Tsukunft (Future) and Forverts (Forward) in New York.  His first collection of stories, Noveln (Stories), appeared in Warsaw in 1922, published by the literary fund of the Warsaw association of authors and journalists, 142 pp.  Subsequent books included: Meshiekhs trit, dramatishe poeme in dray aktn (Messiah’s steps, a dramatic poem in three acts) (Warsaw, 1924), 42 pp., translated into Hebrew by A. L. Yakubovitsh in Hatekufa (The epoch) 7; Der keler (The basement), a comedy in three acts (Warsaw, 1927), initially published in Tsukunft in New York (June 1925); Dertseylungen un drames (Stories and dramas), “with a biographical-critical introduction by Sh. Niger and with remembrances by [the writer’s brother] Pinkhes Gilbert and Meylekh Grafshteyn” (Toronto, 1954), 336 pp.  He was, according to M. Ravitsh, the most interesting personality around Warsaw’s [Jewish Literary Association at] “13 Tłomackie Street.”  During the Hitler era, he was confined to the Warsaw Ghetto, where he suffered from hunger and want; he continued to write and was active in the Jewish cultural organization, “IKOR” (Yidishe kolonizatsye organizatsye in rusland).  In August 1942 he was deported to Treblinka and murdered there. From Yiddish Lekikon.