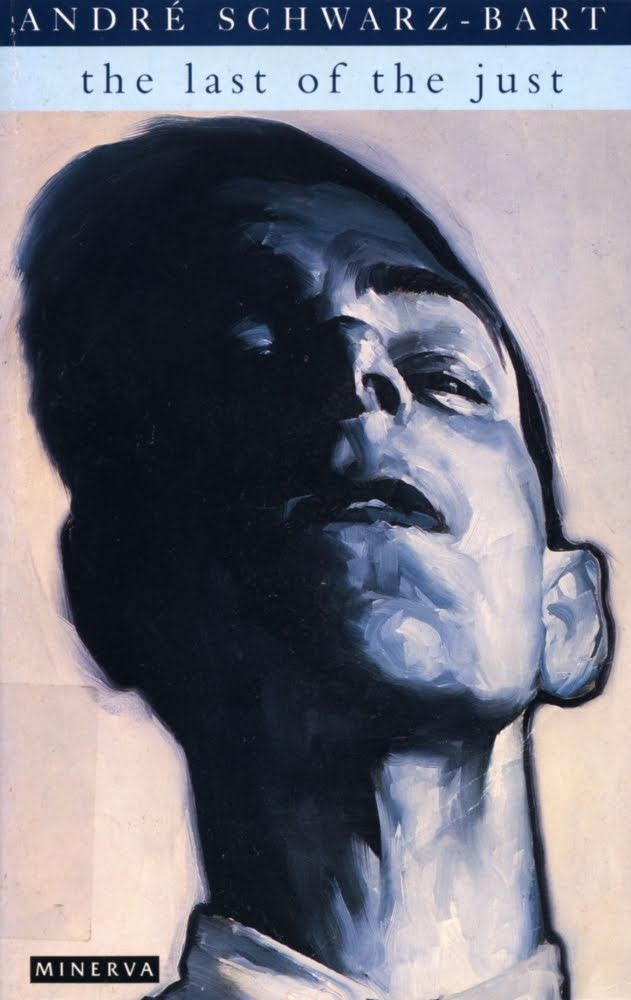 The Last of the Just by André Schwarz-Bart, 1959

Translated from French by Stephen Becker 1960

His parents emigrated from Poland in 1924

In 1941 his parents were murdered at Auschwitz

Speaking little French, his first language was Yiddish, at 13 he joined the resistance.  His experiences as a Jew during WW II, gave him the basis for his masterwork, The Last of The Just.

The Last of the Just is so sad, tells a story of such barbarity that it almost made me feel ashamed to be human.    May great art is my redemption.

The novel tells the story of a Jewish family through eight centuries.  In each generation there were what is called in Jewish traditions a “A Just Man”.  If there are 36 Just Men in the world then humanity is justified to God.  The story of the family begins in York England in the 12th century.  The Just man of that generation is executed because he will not convert. In 1941 the last just man was murdered by the Germans at Auschwitz.  He had gone there and asked to be admitted, to die with the woman he loves.  He also hopes with the passing of the last man God will see no need to keep humanity on the earth.

There was a very powerful segment in the novel when a Nazi teacher takes over a class and begins, to the delight of the other boys, to torment the Jewish students.  The Jewish boys had no idea what was behind this.

The depiction of the deaths in the gas chambers was hard to read.

I want to quote a bit from the close of the novel:

“Ah, yes, surely, the letters are taking wing, Ernie repeated as the flame blazing in his chest suddenly invaded his brain. With dying arms he embraced Golda’s body in an already unconscious gesture of loving protection, and they were found in this position half an hour later by the team of Sonderkommando responsible for burning the Jews in the crematory ovens. And so it was for millions, who from Luftmensch became Luft. I shall not translate. So this story will not finish with some tomb to be visited in pious memory. For the smoke that rises from crematoria obeys physical laws like any other: the particles come together and disperse according to the wind, which propels them. The only pilgrimage, dear reader, would be to look sadly at a stormy sky now and then. And praised be Auschwitz. So be it. Maidanek. The Eternal. Treblinka. And praised be Buchenwald. So be it. Mauthausen. The Eternal. Belzec. And praised be Sobibor. So be it. Chelmno. The Eternal. Ponary. And praised be Theresienstadt. So be it. Warsaw. The Eternal. Wilno. And praised be Skarzysko. So be it. Bergen-Belsen. The Eternal. Janow. And praised be Dora. So be it. Neuengamme. The Eternal. Pustkow. And praised be . . . At times, it is true, one’s heart could break in sorrow. But often too, preferably in the evening, I cannot help thinking that Ernie Levy, dead six million times, is still alive, somewhere, I don’t know where. . . . Yesterday, as I stood in the street trembling in despair, rooted to the spot, a drop of pity fell from above upon my face; but there was no breeze in the air, no cloud in the sky . . . there was only a presence.

This novel is challenging.  The ending beyond my clear understanding.

This is high art.