Lost Times - Lectures on Proust in a Soviet Prison Camp by Józef Czafski -translated and introduced. by Eric Karpeles - 2018 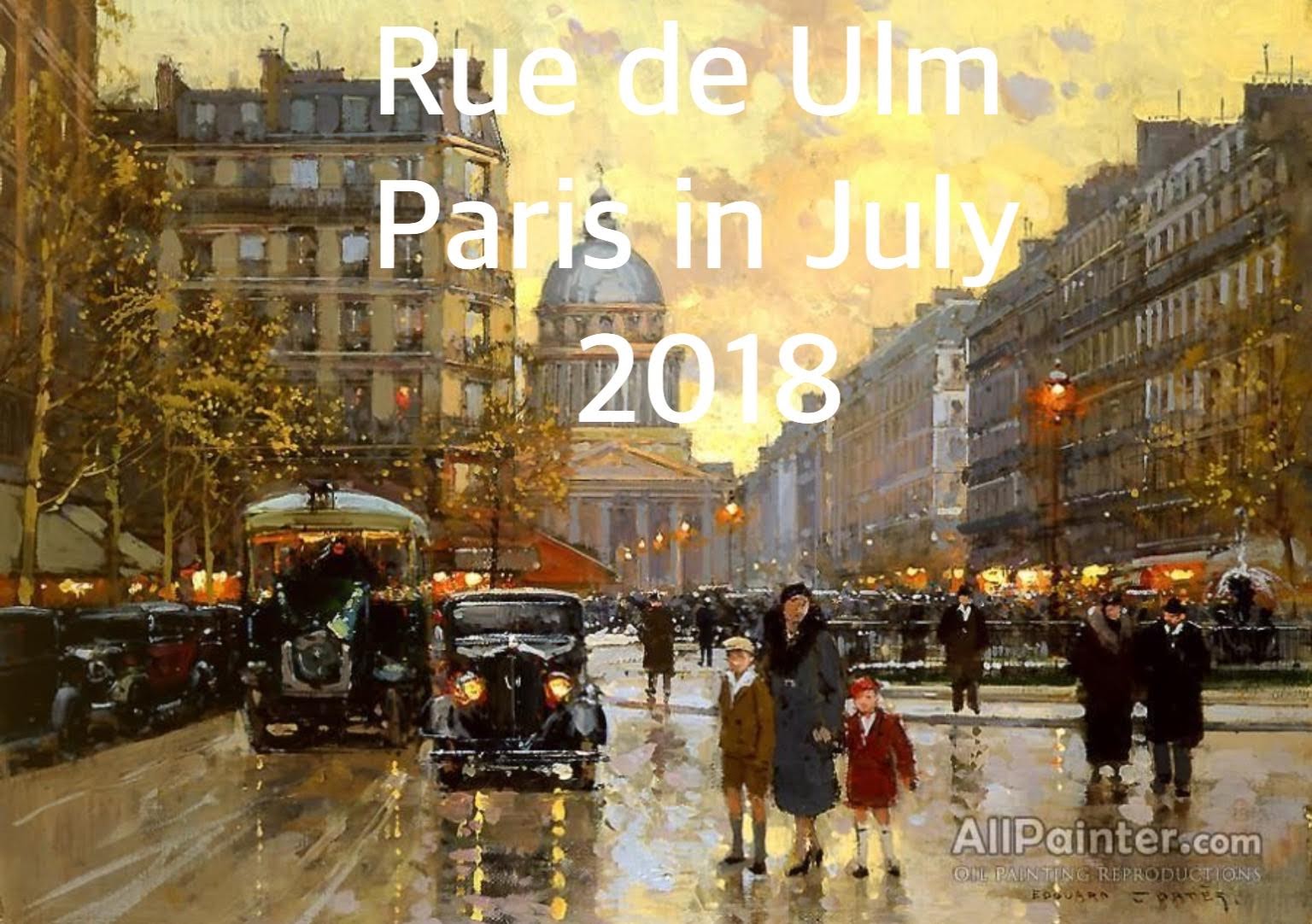 Proust on The Reading Life 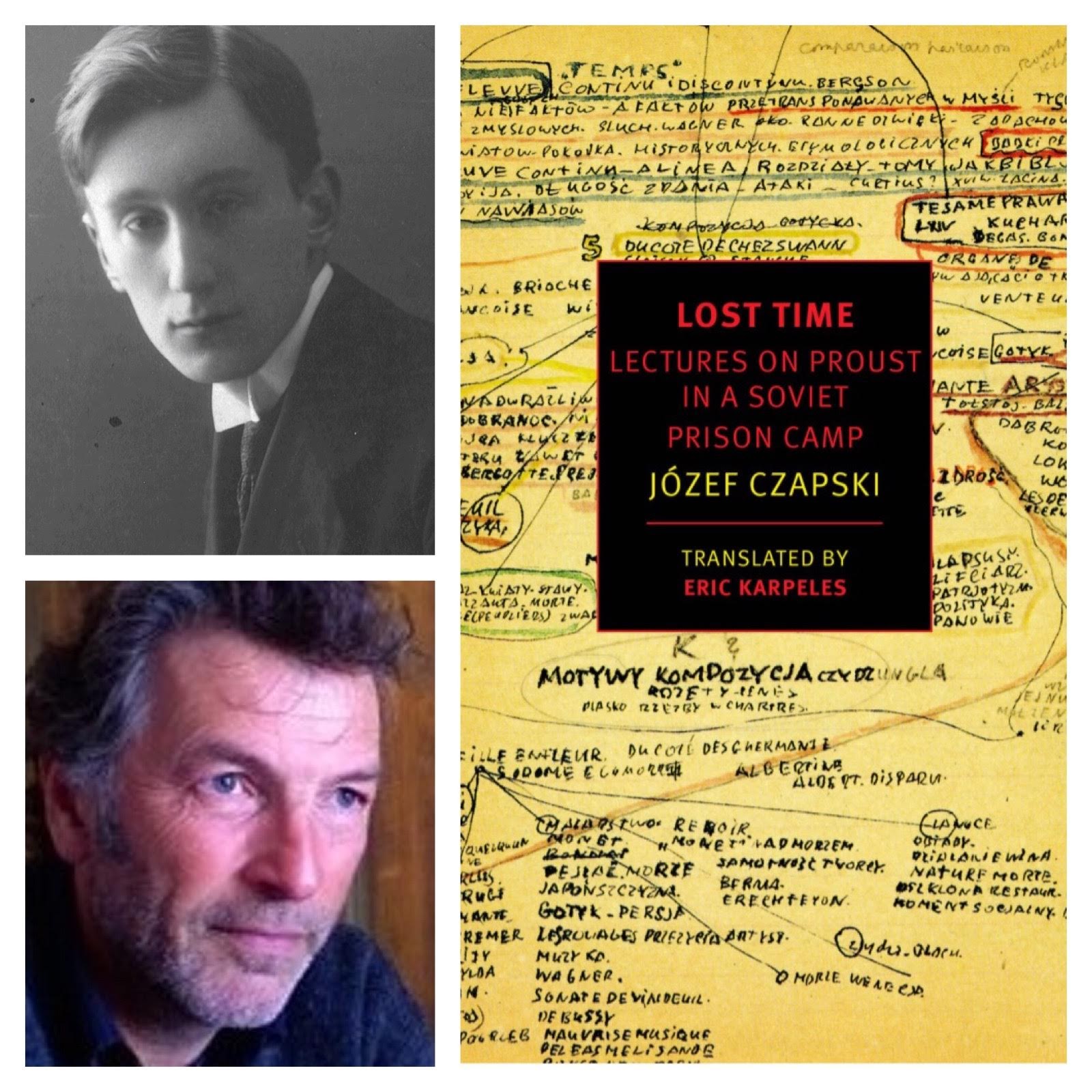 Paris in July hosted by Thyme for Tea is a great event.  I Focus on literary works and nonfiction but you are invited to share your thoughts and experience on anything Paris related, from a great recipe, a favourite movie set in Paris, mine is Ninotchka, an account of your stay in Paris.  I hope lots of people  participate. Just be sure and link you post on The event home page.

Born April 3, 1896 in Prague into an aristocrstic family

He was an author, critic and painter

1939 - while serving as an officer in Polish Army he was captured by Russians and sent to a Gulag prison camp.   He and his fellow officers, in order to keep up morale and promote unity began to give lectures to fellow prisoners.  Czapski knew Proust and French literature intimately, working purely from memories he gave a series of lectures on In Search of Lost Times.

1945 he returns to Paris and becomes involved in a circle of Polish artists and mingles with French Cultural luminaries.

He remains a resident of Paris from then on

(Drawn from several online sources and the introduction of Eric Karpeles)

Czapski was very much a Parisian, after his return to Paris he continued reading in Proust.

““Lost Time is a transcription of the talks he gave about Proust to his fellow officers. Having read À la Recherche in French, he strove to recall it in French, and so gave his talks in French. Two friends from among the assembled listeners agreed to transcribe his talks some time after the lectures had been given to the larger group. Czapski dictated an abridged version to these two scribes. “In our canteen, in the great monastery’s refectory stinking of dirty dishes and cabbage, I dictated part of these lectures under the watchful eye of a politruk [a roving Soviet informer] who suspected us of writing something politically treasonous.” Technically speaking, the book in your hand was not written by Józef Czapski.”  From The Introduction

Eric Karpeles has given the Anglophone literary world access to Czapski’s lectures.  As he says the magnificence of Czapski’s lectures is in letting us see how his memories of Proust’s masterpiece kept him whole during a period of terrible darkness.  In the horrors of the camp knowing humanity had produced such a work helped sustain his will “Freezing, exhausted from overwork, on the brink of starvation, the men hardly thought of themselves as survivors. Referred to by the camp administration as “former officers of the former Polish army,” they struggled to keep their spirits alive and their morale strong, actively resisting the ceaseless attempt to break them down and convert them to the Bolshevik cause. To inspire positive thinking in the face of such relentless misery, the men devised an ongoing series of talks to be given in the evenings before bunking down, each speaker choosing a subject dear to his heart. History, geography, architecture, sport, and ethnography were among the offerings by specialists and amateurs in their respective fields.”

It was very moving to me to imagine the Polish officers, filthy, hungry and knowing the Russians could kill them at anytime eagerly assembling to hear Czapski’s lectures. This is truly a book about the
strength reading great works of literature can give those devoted to them.

Proust is, of course, in part a reflection on memory.  I loved these lines from the introduction by Karpeles:

““Opening his mind to the narrative’s flow, whole scenes from Proust’s novel eventually resurfaced, in many instances nearly verbatim. Pulling passages out of thin air, Czapski re-enacted the very endeavor of À la Recherche. “After a certain length of time,” he wrote,” facts and details emerge on the surface of our consciousness which we had not the slightest idea were filed away somewhere in our brain”

I will give Czapski the last words:

“And Proust ends with a sublimely poetic sentence which I’m incapable of repeating to you word for word: “And all night, in all the illuminated windows of the bookshops of Paris, his books, open three by three, kept vigil like angels with their wings unfurled over the body of the dead writer.” The death of Bergotte and the long illness that precedes it is forever tied in my memory to the death of Proust.”

I think all lovers of Proust will adore this book. It should be added to list of all serious readers of French literature. Even if you have not yet completed your first read of Prousf this is a tremendously informative book.

A Fellow of the Czeslaw Milosz Institute at the Claremont Colleges, Eric Karpeles has given the Amon Carter Lecture on the Arts at the Harry Ransom Center in Austin, worked as a volunteer ambulance driver, spoken on Proust at Berkeley and the Boston Museum of Fine Arts, walked from Bath to Oxford, interviewed composer/lyricist Stephen Sondheim onstage, and collaborated on a book of mathematical equations and Hebrew references used as a prop in a film by the Coen Brothers.

Karpeles studied at the Art Students League of New York as a boy and was awarded a residency at the Cité des Arts in Paris as a young man. A voracious reader whose idea of hell is being on public transportation without a book, he likes to cook, or, perhaps more tellingly, he likes to eat. He once had tea with Indira Gandhi and has lived with the same man for forty years.

Email ThisBlogThis!Share to TwitterShare to FacebookShare to Pinterest
Labels: Paris in July 2018, Proust

You portray the situation of the lectures, and the personality of the speaker and his fellow-prisoners. I wondered if you found the content of the lectures interesting and enlightening -- was it also good literary criticism of Proust? Were the lectures translated in their entireity?

One day I will read Proust. I have the first volume on my bookshelf somewhere - sounds like this would be a fabulous companion novel.