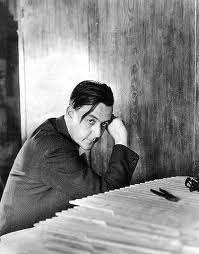 Blindness is the first novel of Henry Green  (1905 to 1973-UK-aka Henry Yorke.)  Of the seven Green novels I have read, this one is the only one that does not largely tell the story through the wonderful dialogue Green is so famous for, and which I do love.    Blindness is a very different sort of book, from the others, both in subject matter and narrative method.  Basically it is about a young man, a bookish lad in a comfortable family in his late teens or early twenties with the prospect of a great life before him who is blinded for life by a boy who for no reason throws a rock at the window of a train and it ends up blinding the protagonist of the story.   The book starts out with a section in the form of a journal of the central character and it ends very starkly when we discover, as relayed in a very inventive fashion, he will be blind the rest of his life.

The rest of the book is about his attempting to cope with his blindness, his material wants will be provided for by family money so he is luckier than most would be, and we see his hard to love mother adjusting to his condition. She plans to find a wife to take care of him so she will not be over burdened.    The mother finds it kind of annoying and a bit of a bother to have to cope with and I was not crazy for her.   The book is also about the increased development of his hearing and powers of visualization brought on by his blindness.

This is a decent novel but I personally did not like it as much as the other six.   Maybe it was the grim subject matter or the lack of the dialogue  I liked so much but I felt I was reading it more to complete Green's novel than because I enjoying it.    I am glad I read it as I want to read all of his novels.  I think I have two to go.   I hope to read one in 2013 and one by 2015.

I'm yet to read anything by Green. Which of his works would you recommend starting with?
BTW I love Carmila. I think she should appear more often :)

Che. Thanks for this. Well meaning family members have said Carmilla and my other "staff members" are tacky. I like them and they will stay and maybe be joined by others in time.