"The Quickening" by Claire Bamber 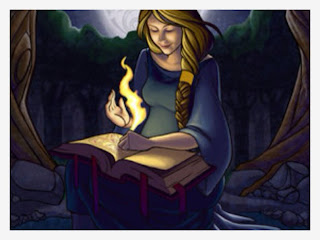 "It is the fathers who are crucially absent from their  lives:  in any but the biological sense, there are scarcely fathers at all".  Declan Kiberd in Inventing Ireland:  The Literature of the Modern Nation


"The Quickening" by Claire Bamber is a very powerful story that completely exemplifies what Declan Kiberd  says is the dominant theme of modern Irish literature, the absent or weak father.   Most of the works of the classic Irish writers like James Joyce and John Synge explore the consequences of this for young men.   Bamber, and others of the emerging Irish women writers on whom I have posted have helped us understand how the lives of women are shaped by this.   It is one of the dominant themes in Hard to Say by Ethel Rohan.

Weak or absent fathers do not just effect their daughters, they also change the mothers.   In some cases, in the strongest of the women, they become better parents and combine the roles of a strong father and a loving nurturing mother into their persona.   In far too many cases it turns the abandoned mother into a bitter person, a parody of what a father should be realizing herself as a bitter woman who resents her children and makes them feel unwanted.   Sadly, this goes on for generations.   The abandoned mothers turn their daughters against men or plant in their minds the idea that all men are essentially no good so they come to think if they want love, a family or a man in their lives they must accept the inevitability of abuse.   Of course they will in their own time be abandoned.   Their sons will become men who think abusing and mistreating women, including the mothers of their children, is a mark of masculinity.   It is these themes that Claire Bamber develops so brilliantly in her wonderful story "The Quickening".

As the story opens a woman gets a call while having her nails done.  At first she does not know who it is then she recognizes it is Uncle Pat, her mother's brother.   She is in America and Uncle Pat is calling from Ireland to tell her that her mother is in the hospital, with just a short time left to live.   He begs her to come to see her mother.

We are along as the woman makes the flight to Ireland.   The man next to her asks her if she is from Ireland and is going to see family and Margaret says nothing.   As the plane lands she thinks about a time when she was ten and her Uncle Pat had given her a pet rabbit.   This memory is beautifully told and brings the very real pain in this story vividly alive.   I do not want to give away a lot of the details of this episode, wonderful as it is.

When she gets to the airport and sees how old her Uncle Pat looks it is a terrible shock to her.  On the ride to the hospital she begins to remember something that happened to her in the hospital long ago, a vicious act of cruelty her mother put her through.   We do not as we begin to read the story understand what a miasma of pain Margaret's memories of her mother are but before the story is over we will.

I do not like to spoil stories for potential readers and the ending of "The Quickening" is so powerful and so emotionally intelligent that I will leave the rest of the plot untold.

Claire Bamber was born and brought up in Ireland until she was thirteen, when her family moved to Wales.  She started writing three years ago, and all her stories are based in Ireland and concerned with Irish themes.  The Quickening is her first publication, and can be found in Causeway/Cabhsair magazine, published by the University of Aberdeen.  She was also short listed for this year's William Trevor/Elizabeth Bowen International Short Story Prize for her story, Scar Tissue.  She is constantly amazed by the power of words and that when a story takes hold of her it won't leave her alone.