Spalatro: From the notes of Fra Giacomo" by Joseph Sheridan Le Fanu (1843, 36 pages) 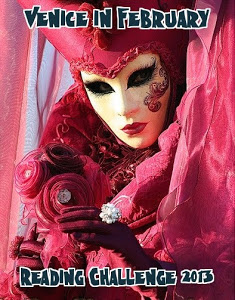 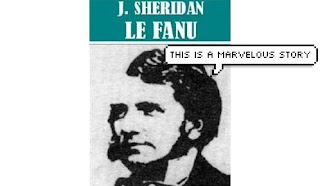 Last year I participated in the Venice in February Event 2012 hosted by  Snow Feathers and Dolce Bellezza through reading Henry James"s great short story set in Venice, "The Pupil".  I was glad to see they are once again hosting Venice in February for  2013.  Other works I have read set in Venice included two classics, Death in Venice by Thomas Mann and The Aspern Papers by Henry James.  Last week I posted on a very well done short story set in Venice by Edith Wharton, "A Venetian Night's Entertainment"     The story shows that Venice was seen by many as a city of exotic pleasures, decadent in the extreme.  I think some might see deeply buried in this anti-Catholicism.    If you need reading ideas you will find them on the blogs of the hosts for Venice in February 2013.


Today quite by luck while reading what I think maybe the first published work by the great Irish writer of  Gothic works, Joseph Sheridan Le Fanu (1814 to 1873-there is background data on him in my prior posts on his work), I was delighted to see the story was set in Venice with the famous carnival playing a central part in the plot line.

The story is narrated as if someone were telling a third party a story which he acknowledges is so fabulous and strange that it will strain credibility.  It is the story of  Spalatro, who murdered over 200 people during his career as a highway robber.  (The highway robber, the highwayman, is often treated as a glamour figure in the literature of the period.)  He does not start out to be a robber and a killer.  He is driven mad by two things.   One is a mad monk who is not what he seems but a spectral entity sent by Satan to tempt him.  Monks are seen as potentially sinister figures in much Gothic literature and the certainly are treated in this fashion here.   The man barely escapes being not murdered by the monk but but being educed to cut his own throat thus insuring his damnation as a suicide under the prevailing views of the culture.

There are a lot of strange encounters in this story and the prose is very exquisite  some would call it over so but I would not.    The real driving force behind this story is the mysterious city of Venice.  Venice was a place where a good Irish lad (forget about any Irish women going there alone on a grand tour as that did not happen at all) could do thinks he did not do at home and no one will be the wiser, especially when he is masked during Carnival.   There is a really good set piece where he chases a man he sees trying to kill a beautiful woman, the man is wearing a mask and when he falls off it is the mad monk but now he sees he is not actually human.

As Carnival ends, the man is addicted to the pleasures of Venice.   So much so that he begins the life of a highway robber to support himself.   The story ends with the man executed by the legal authorities of Venice.

This is a very well written, exciting and entertaining story.    It is perhaps for fans of Gothic horror tales.  I quote a bit below so you can get a feel for the prose style of Le Fanu.

“In the heart of a gay capital, possessed of finds which, to my short-sighted inexperience, seemed all but inexhaustible, full of ardour, curiosity, and passion, I threw myself heart and soul into the intoxication and excitement of all the folly, vice and extravagance which revolved around me; with more of inquisitiveness than of depravity, I hunted out vice in all secure and secret haunts, where, undisguised, and maddening, and terrible, it ruled and rioted. The adventures and perils of the wild scenes in which I mixed, had for me a strange attraction; I panted to eat of the tree of the knowledge of good and evil; I longed to try and prove those old and mighty rulers of the human kind — the ancient vices of the world in the high places of their power; recklessly I courted danger: wildly I plunged into the unfathomable gulf of sin, and madly did time fly by."

You can read this story, and many more by the author, on the very well done webpage of the University of Adelaide or download it onto your e-reader.

23As you say so well in this post, the setting of Venice in an interesting one as it seems to bring out the dark, mysterious and malevolent aspects of human nature. You inspire me with the short stories that you read, Mel. I am planning on reading Death in Venice for the challenge, and I'd like to read this short story (as well as the one by Edith Wharton) even though that may not happen until after February concludes. Thank you for participating in the Venice in February Challenge 2013!